British smartphone maker Bullitt Group says it will launch “the world’s first smartphone to include two-way satellite messaging technology” in early 2023. While Bullitt might not be a household name, the company makes the rugged phones sold under the Cat brand, and has made some other interesting devices in recent years.

Bullitt also says its phone will rely on a new MediaTek 3GPP NTN (Non-Terrestrial Network) chipset for satellite functionality. So it’s possible we could see these features make their way to other phones in the future. 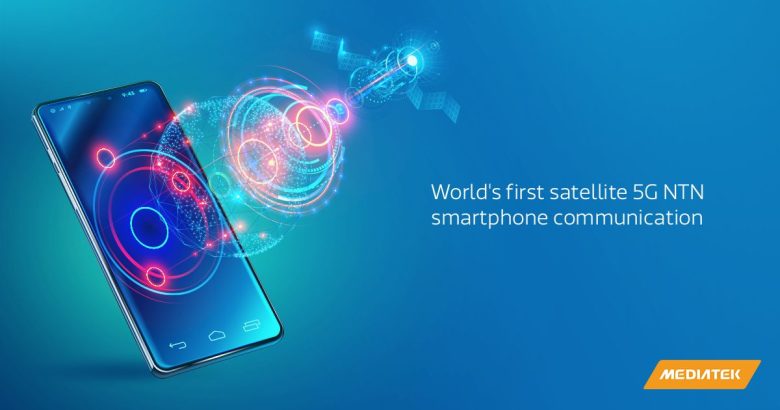 There aren’t many details about the upcoming smartphone in Bullitt’s press release, but here’s what the company does say about the phone’s satellite features:

Bullitt notes that “globally, mobile phone users lose signal for tens of billions of hours each year” and that “loss of signal is something we have all experienced at some time.” That suggests the company envisions satellite capabilities as a solution for everyday smartphone users who may live in areas with little to no reliable cell service.

That said, it’s worth keeping in mind that Bullitt’s best-known phones are the rugged Cat phones, which are designed for use in extreme environments. So if I had to guess, I’d say it’s likely that the phone Bullitt is teasing will be a big, rugged device aimed at people who work outdoors rather than mainstream smartphone users.

That doesn’t mean that satellite connectivity won’t eventually become a widespread thing. Maybe one day we’ll start to see these features in other phones. Or maybe I’m wrong about Bullitt’s first phone with MediaTek’s new two-way satellite messaging technology. But for now, I suspect the target market will be folks likely to go far enough off-grid to lose cellular connections on a regular basis.

Meanwhile Apple has already added satellite connectivity to its iPhone 14 series… but it’s a one-way communication service that lets users send a message to emergency service providers and emergency contacts. It’s not meant to help you send and receive messages with friends and colleagues when you’re in a cellular dead spot.