My best friend is moving to another state next month. Around Christmas, he told everyone that he didn’t want any gifts because it would just mean having to cart more stuff across the country. He isn’t even bringing his television set with him.

Of course, I couldn’t just skip giving him a present, and gift cards are so impersonal. So, I found out about this do-it-yourself cardboard Smartphone Projector that he could set up once he gets to his new location.

It’s small enough to shove into a backpack, and can project images onto any blank wall (of which he will have plenty in his new house) for watching movies and television shows on Hulu Plus, Netflix, or whatever. 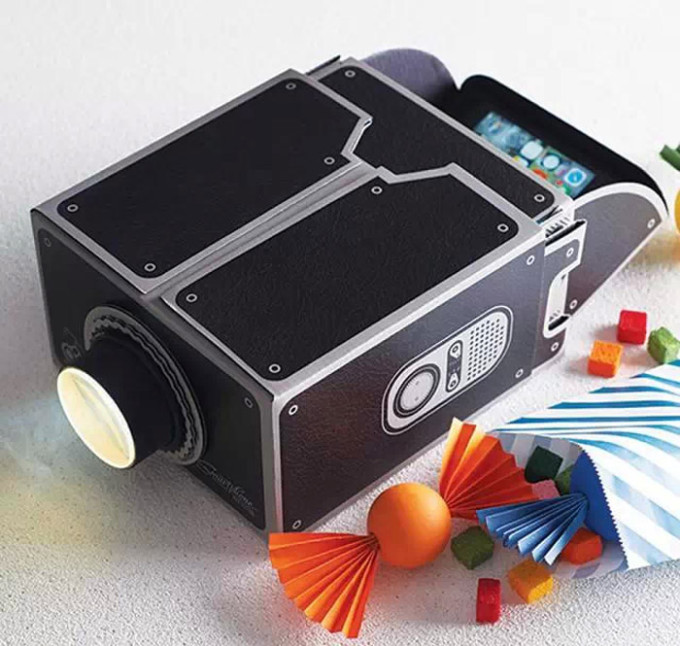 Inside the packaging box, you’ll find a set of cardboard cutouts. They are stacked together tightly; similar to the way the final product will look, with the lens packed inside. The assembled projector measures approximately 6 1/2″ x 7″ x 4″.

You’ll need some kind of glue. Since the projector is made out of cardboard, simple super glue or hot glue works fine.

The lens is adjustable with eight-times magnification. So, you can tweak the focus in order to get a clear picture.

It also comes with a rubber grip pad that is placed inside the opening flap in order to secure your smartphone in place. The projector supports phones as large as 3.2” x 5.7”.

The instructions include step-by-step pictures printed on the inside of the packing box so you don’t have to worry about language support. 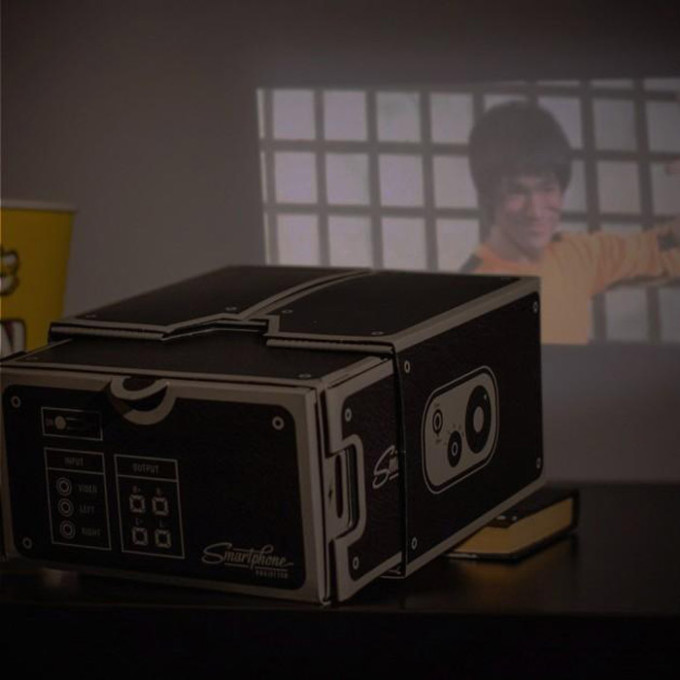 The DIY Cardboard Smartphone Projector ranges in price from $20 to $30. The cheapest I’ve seen it for is about $13 on DealsMachine.

The company that supplies the original Smartphone Projector, Luckies of London, recently released Smartphone Projector 2.0, which comes completely assembled and has a vinyl laminate finish. However, the cheapest I found it for was $27 plus $19 for shipping via Fruugo US.

9 replies on “Build a Home Projector for Your Smartphone, No Experience Necessary”