Want to set up a home security system, but don’t want to pay a monthly fee to a security company? Techradar has a detailed do-it-yourself project for a connected alert system using Raspberry Pi.

While it might not have all the bells and whistles you’d get with a professional system, with some basic parts and a little coding, you can set it up an infrared sensor that will send you a text message when movement is detected. Plus, you can include a camera to take a snapshot and 10-second video so that you’ll know if your cat or a cat burglar tripped the sensor. 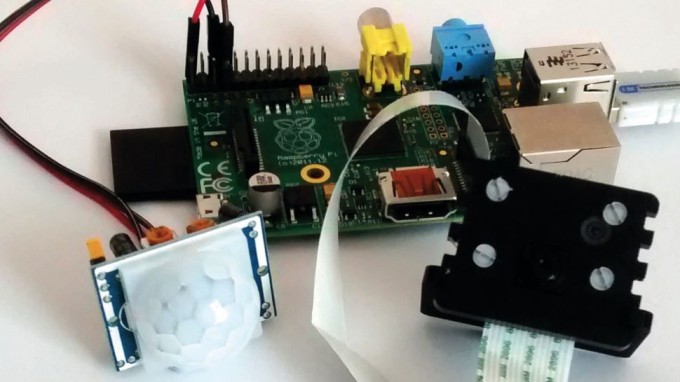 The project requires a few special items, in addition to the Raspberry Pi. You will need a passive infrared sensor (PIR) and the Pi Camera. You will also be installing Python and creating a few codes of text to activate the system.

The sensor  detects changes in amount of radiation nearby in order to sense when a human or other large object is moving nearby. Then it sends a signal to Raspberry Pi, which will trigger an action to take a picture and record 10 seconds of video. After the image is captured, the Raspberry Pi will send a text message with the picture and video included.

It may not be as fancy as Skylink, or even the iSmartAlarm security system. But, for the cost of a Rasberry Pi, Pi Camera and PIR sensor, you could make a couple of these alert systems and still pay less for it.