After launching a new line of iPad accessories earlier this year that turn Apple’s tablets into pseudo-laptops, Brydge is updating its line of Microsoft Surface accessories with a few new keyboards that do the same for Microsoft’s tablets.

The new Brydge 10.5 Go+ is designed to work with Microsoft’s entry-level Surface Go and Surface Go 2 tablets, while the new Brydge 12.3 Pro+ supports Microsoft’s Surface Pro 4, 5, 6, and 7 tablets. They’re up for pre-order for $140 and $150, respectively. The keyboards should ship in September. 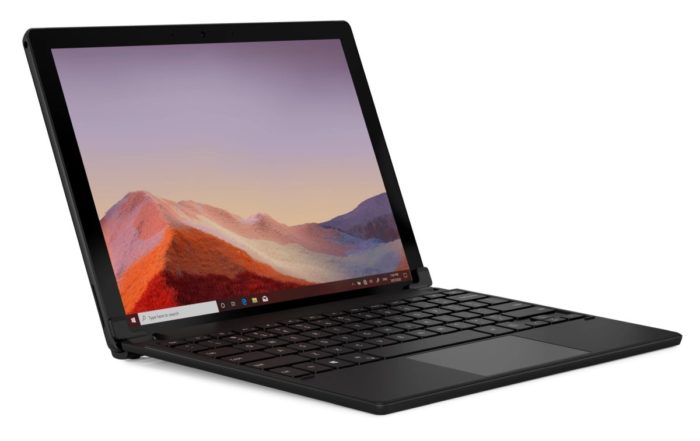 Of course Microsoft offers its own Type Cover keyboard cases for Surface tablets, but those are softer keyboards that work best on tables, desks, or other flat surfaces. The Brydge keyboards are made of sturdier stuff and they have their own tablet clips, so you don’t need to rely on the Surface device’s built-in kickstand for stability.

Brydge says its new Surface keyboards have Precision touchpads with support for multi-touch gestures and adjustable backlit keys. They connect to Microsoft’s tablets via Bluetooth 5.0.

The Surface Go model offers up to 3 months of battery life on a charge, while the Surface Pro version should run for up to 6 months at a time.

Bridge is also now taking pre-orders for its W-Touch Bluetooth 4.2 Precision touchpad for Windows devices. It sells for $100 and should ship by the end of August. And the company’s W-Type Bluetooth 5.1 wireless keyboard is also up for pre-order for $60.