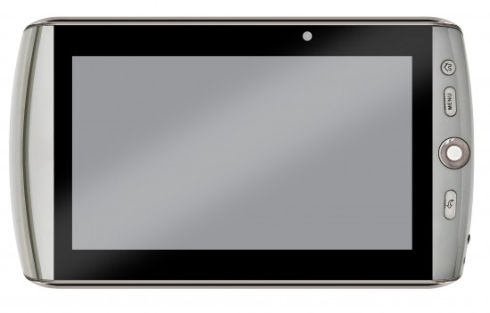 Bresser is starting to show off a new Android tablet in Germany with a 7 inch, 800 x 480 pixel display and Google Android 2.1. The Bresser MID 7 tablet has 4GB of memory, WiFi, 3G, USB connectivity, and a battery which the company says should be good for up to 8 hours. It will sell for about 299 Euros, or $412 US (although I don’t expect this model to make it to the States anytime soon).

The tablet measures 8.3″ x 4.9″ x 0.47″ and weighs just over a pound. The company also plans to launch a WiFi only version eventually.

The folks at Eee PC.de have more photos, and have also found a hands-on video which you can check out after the break. I kind of like the design, with firm-looking buttons on the right side of the display as well as some sort of trackball or optical mouse. Maybe that’s because it reminds me of an oversized Android smartphone. There also appears to be a front-facing camera for video chat, as well as a physical camera button for snapping photos.

One reply on “Bresser introduces 7 inch Android tablet in Germany”