The developers of the Ubuntu Linux operating system offer software that runs on a range of devices, including desktops, servers, and smartphones. For the past few years Canonical has also been working on something called Convergence: software that lets you run the same apps on your phone as you do on your notebook or desktop.

Now Canonical has unveiled the first tablet that will support Convergence. The BQ Aquaris M10 Ubuntu Edition is a 10 inch tablet that supports mobile apps when used on its own. But connect a mouse, keyboard, and maybe an external display, and you get a desktop-style user interface and support for desktop apps.

The Aquaris M10 Ubuntu Edition tablet is expected to ship in March. BQ hasn’t announced the price yet. 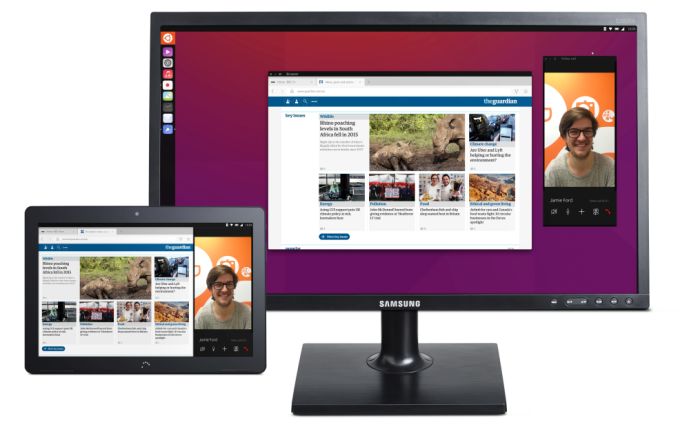 The tablet comes Spanish device maker BQ, one of the few companies currently producing smartphones that run Ubuntu software. The tablet has reasonably decent specs, but it’s the convergence software that really makes it stand out.

Like Ubuntu phones, the Aquaris M10 runs mobile software and “scopes” designed for touchscreen interaction. But you can view multiple apps at once, thanks to the “side stage” feature that lets you view one phone-sized app and one tablet-sized app on the screen at the same time.

For instance you could have a chat window or video call window open at the same time as a web browser or game. 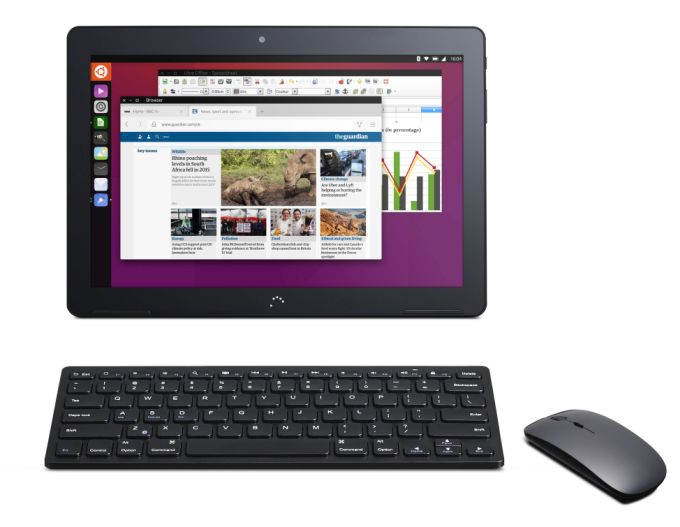 Connect a Bluetooth mouse and keyboard, and Ubuntu will automatically change the user interface to desktop mode, allowing you to use the operating system much the way you would on a notebook or desktop computer. You can resize and reposition apps and view as many of them at at time as you can make room for on the screen.

Hook up an external display and you can use the tablet like a desktop. That feature is expected to be available in phones eventually as well… but the BQ Aquaris M10 will be the first device to ship with full support for Convergence.

If this sounds a little like Microsoft’s Continuum for phone software that’s built into Windows 10 Mobile, that’s because Canonical isn’t the only company looking to bridge the gap between phones or tablets and desktop computers. But Continuum for phone only works lets you view one app at a time, only works with an external display, and only supports Universal Windows apps, which means the vast majority of Windows software can’t be run on a smartphone with an ARM-based processor. 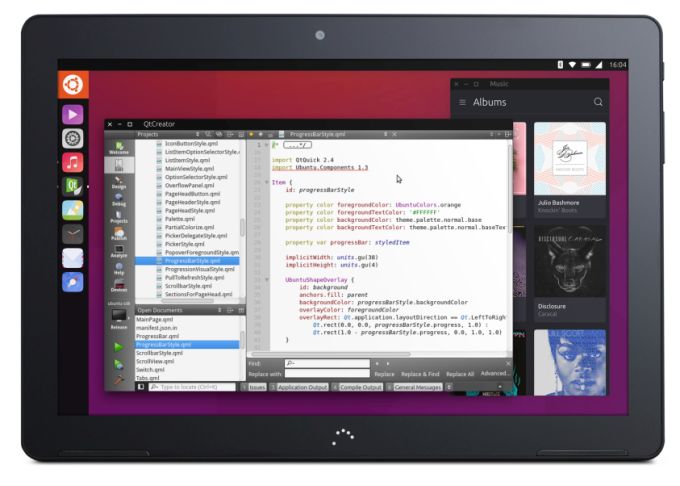 Ubuntu, meanwhile, lets you run the same apps on your tablet as you would run on a notebook. That includes LibreOffice, Firefox, and many other apps… as well as software designed specifically for Ubuntu phones and tablets.

There are some limitations. While you can run desktop apps in tablet mode, Ubuntu’s Unity user interface will only switch to desktop mode when a mouse is detected. You can’t trigger it when using a touch-only device.

And apps designed for x86 chips do need to be recompiled to run on ARM processors if you’re using an ARM-based devices like the BQ Aquaris M10 Ubuntu Edition. Canonical says it’s been recompiling apps for a while since this isn’t the first Ubuntu device to feature an ARM-based processor, but it’s possible you may find some software that doesn’t work… at least until developers release ARM-friendly versions of their apps.

While this tablet has an ARM-based processor, Canonical says its software would support devices with Intel chips.