The free and open source Wine utility that makes it possible to run some Windows applications on Linux and Mac computers is not an emulator, but rather a compatibility layer. The name is actually an abbreviation for Wine Is Not an Emulator.

But that doesn’t mean you can’t do some pretty cool things when you combine WINE with an emulator. And one developer has done just that to create Boxedwine, a utility makes it possible to run some Windows applications on the web or on a computer running Linux, Mac, or even Windows (which could come in handy if you want to run older apps that don’t work with recent versions of Windows). 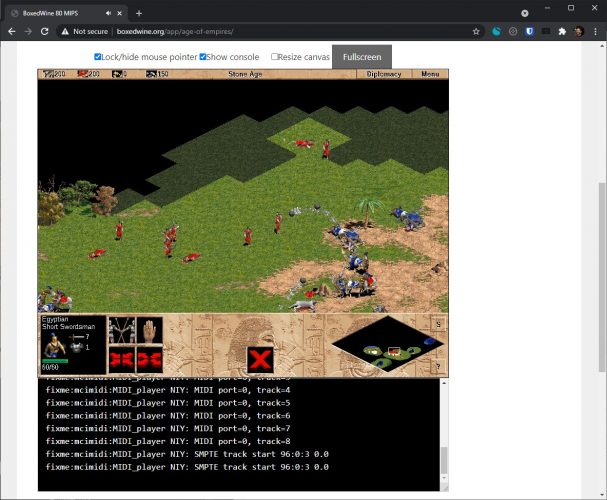 In a nutshell, Boxedwine emulates the Linker kernel and an x86 CPU and then runs an unmodified version of the 32-bit version of Wine, allowing you to run supported16-bit or 32-bit on a host operating system. The developer is also working on a version that may be able to run on the Raspberry Pi 4 or other devices with ARMv8 processors.

The software can be built for Windows, Linux, Mac, or the web so you can run it on your own PC or server. But if you just want to give it a try, you can check out the Boxedwine demo site which currently has a few dozens apps and games that you can run in a web browser.

Some of them certainly run more smoothly than others. Age of Empires was slow enough to be practically unplayable. But the AbiWord word processor runs reasonably well if you can put up with a little bit of input lag. But without access to the underlying file system, you can’t access any saved documents from the demo site, so the website is really just for testing, not for practical use. 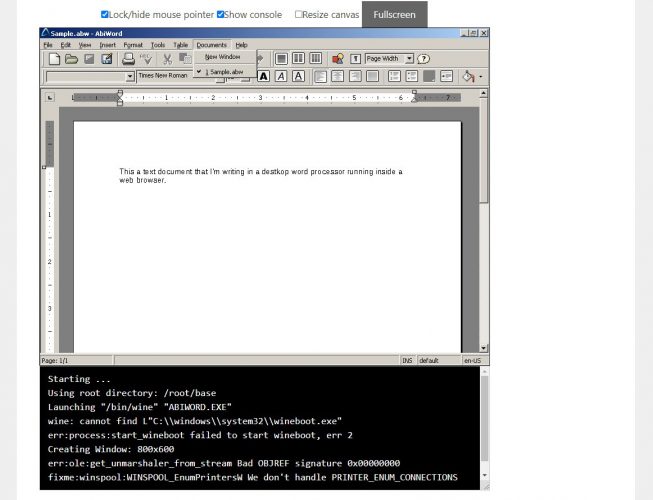 Boxedwine is a free and open source tool and you can find the source code at GitHub and additional documentation at the Boxedwine website.

via Hacker News and /r/programming