Bose is a company best known for making audio products including headphones and speakers. But now the company is getting into a new business: sunglasses. Sort of.

Earlier this year the company unveiled a new platform called Bose AR featuring a set of sunglasses with integrated sensors and audio components. Unlike Google Glass, Bose AR would be an audio-only augmented reality system that would provide audio cues for things like walking directions or information about the world around you.

Now Bose has turned its experimental product into… a real product. Bose Frames are up for pre-order today for $200, and they should ship in January, 2019. 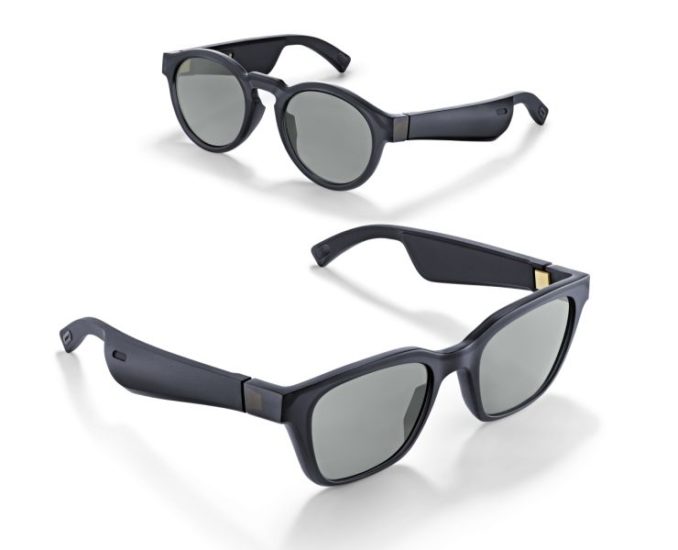 At launch Bose Frames are basically going to be sunglasses with built-in wireless headphones. You’ll be able to listen to music while protecting your eyes from the sun and looking stylish. They also have a microphone so you can make voice calls or talk to google Assistant or Siri when paired with a smartphone. And there’s a multi-function button at the right temple that lets accept calls, pause or skip tracks, or turn the audio features on or off.

In the future, Bose plans to launch Bose AR apps that will take advantage of the built-in 9-axis motion sensor and your phone’s GPS to not only track where you are in space, but also what you’re looking at. This will let Bose Frames tell you about the restaurant or landmark you’re looking at, for example, without the need for any sort of camera.

It all sounds kind of cool and futuristic until you bump up against one of the limitations of current wearable technology: battery life. Bose says you’ll only get up to 3.5 hours of audio playback time or 12 hours of standby time on a charge, and it takes about 2 hours to fully recharge a Bose Frames battery.

The good news is that even if your battery is dead, you can still use the Frames as sunglasses.

If you’re wondering where the sound actually comes from, Bose says there’s a small “wafer-thin acoustic package” set into the arms of the glasses. It’s said to “produce discrete, jaw-dropping sound for the user, and no one else.” That said, I suspect the audio won’t be quite as immersive as what you’d hear with a good set of earbuds or over-ear headphones since there’s no noise isolation involved.

Bose Frames come in two styles: Rondo (round frames), and Alto (more square-shaped). Both sell for $200.

One reply on “Bose Frames coming in January for $200: Sunglasses with sound (and audio augmented reality)”