Barnes & Noble launched a 7 inch Android tablet with a $50 price tag in late 2016… and then stopped selling it and issued a product recall earlier this month for a faulty charger that shipped with the Nook 7″ tablet.

Now it looks like Barnes & Noble is selling the NOOK 7″ again. You can order the tablet from the B&N website for $50.

Update: A B&N spokesperson has confirmed that replacement chargers are being provided to customers who participated in the recall, and the NOOK 7″ is now available again in stores and online. 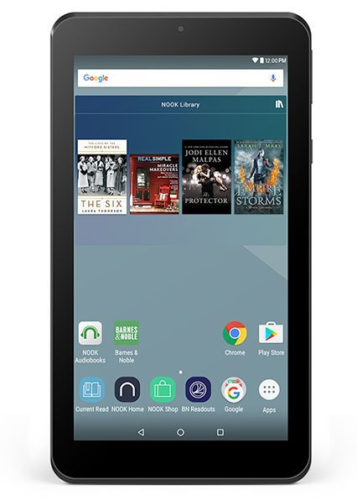 It’s basically B&N’s answer to Amazon’s popular $50 Fire tablet, but while Amazon’s tablet features a custom version of Android designed to work with Amazon’s own app store, music store, video store, and Kindle eBook Store, the NOOK Tablet 7″ is basically a standard Android tablet that just comes with a few apps pre-loaded (including the NOOK Store, of course).