Smartphone and tablet maker ZTE is getting into the wearable space with its first smartwatch. The ZTE BlueWatch features an ePaper display, sensors that allow it to act as a pedometer and activity tracker, and support for third party apps through an API that ZTE plans to open in the future.

All told, the device looks a lot like a Pebble smartwatch, but instead of coming from a startup, it’s coming from one of the biggest players in the Chinese smartphone industry. 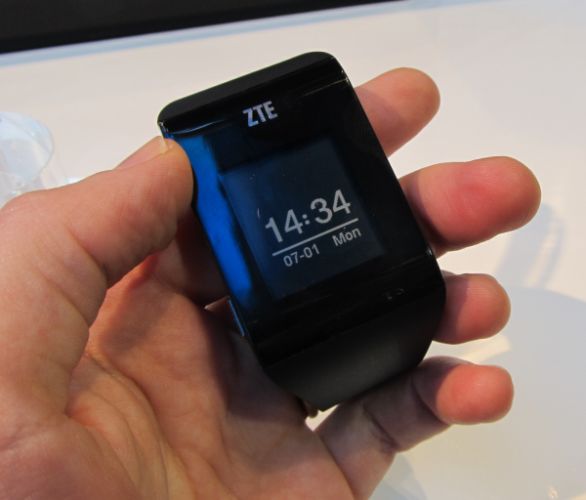 That said, as the folks at The Verge noticed when they put a Pebble and BlueWatch side by side, Pebble’s display is a bit more vivid. But ZTE is only showing off a prototype at this point. The company hasn’t announced a launch date for the watch yet.

Like most smartwatches, the BlueWatch is designed to pair with your phone over Bluetooth and display notifications about incoming messages on your wrist. It can also handle weather forecasting duties, show you distance, times and speeds when you’re running, and more. Social apps are also in the works.

ZTE says the watch should get up to a week of battery life.