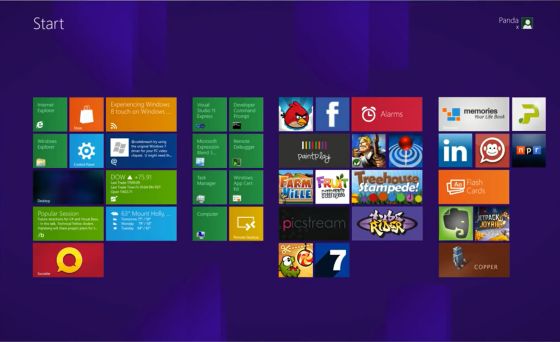 BlueStacks has been offering software that allows Android apps to run natively on Windows 7 for a while, so it’s not surprising that the company plans to turn its attention next to Windows 8. But this week the company started showing a demo of its Android on Windows 8 software that certainly makes a compelling case for blurring the lines between Android and Windows.

After all, Windows 8 features a new user interface designed for apps that run in full-screen mode… just like Android. The home screen has tiles populated with shortcuts and widgets with constantly updating information from your apps… a lot like Android.

So the idea of an app player that allows you to add Android apps to your Windows 8 Start Screen as if they were native Windows apps is pretty nifty.

Microsoft is courting developers to writ new apps for the platform, but there are already 400,000 Android apps available that are designed for touchscren devices. BlueStacks could effectively turn Windows 8 tablets into Android tablets… which also happen to run native Windows 8 apps.

One reply on “BlueStacks brings Android apps to Windows 8”