BlueStacks has been offering software that lets you run Android apps on a Windows or Mac computers for a while, but now the company’s venturing into the touch-friendly world of Windows 8. The latest version of BlueStacks is optimized for the Microsoft Surface Pro, and features a full-screen user interface and a Charms menu with Android menu, back, home, and other buttons.

You can download the Windows 8 version of BlueStacks from GetYourAppsBack.com. 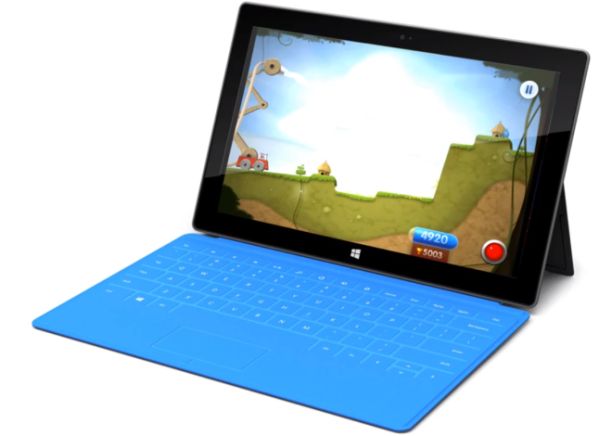 The website is a play on Google’s GetYourGoogleBack campaign which walks users through the steps of installing the Google Chrome and Search apps on a Windows 8 device.

The idea is that while there are tens of thousands of apps available for download from the Windows Store, there are over 700,000 apps in the Google Play Store — including apps and games from many top developers who have yet to release Windows 8 or Windows RT apps.

While the new version of BlueStacks is optimized for Microsoft’s Surface Pro tablet, it can also run on other devices running Windows 8 (but not Windows RT).

Unfortunately, it doesn’t seem to play very well with the HP Envy X2 tablet I decided to test the software on. BlueStacks either got hung up on the loading screen or failed to show me anything other than a black screen once it had finished loading. I’m not sure whether the Envy X2’s low-power Intel Atom processor is to blame here, or if there’s some other problem. 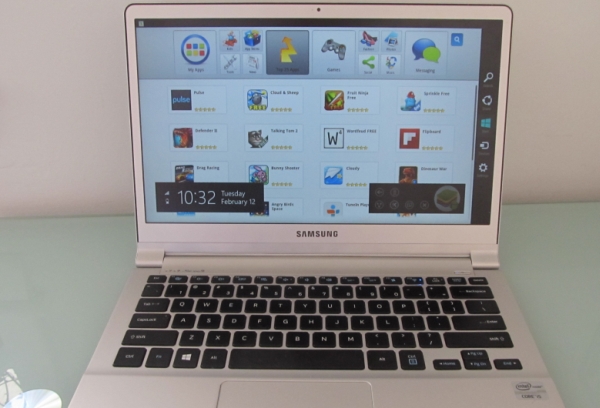 The app does function both in full screen and windowed mode on my Samsung Series 9 ultrabook — but that’s not as much fun, since that laptop doesn’t have a touchscreen.

Your results may vary, but the BlueStacks App Player for Windows is described as beta software, so hopefully performance will improve over time.

Interestingly, while BlueStacks has a full-screen mode, works with the Windows 8 Charms menu, and adds a tile to your Window 8 Start Screen, it still seems to run as a Windows desktop app. When you launch the app, Windows will switch to desktop mode before loading BlueStacks.