Budget phone maker BLU’s latest handset checks a lot of boxes that make it look more like a premium device than a value-oriented phone. The BLU Vivo X has 4GB of RAM and 64GB of storage. It has a 6 inch display with an 18:9 aspect ratio. And the phone has a 4,010 mAh battery.

But its most distinctive feature may be the camera setup: there are dual cameras on both the front and back of the BLU Vivo X, giving the phone a total of 4 cameras.

So what’s the catch? There may be a few. 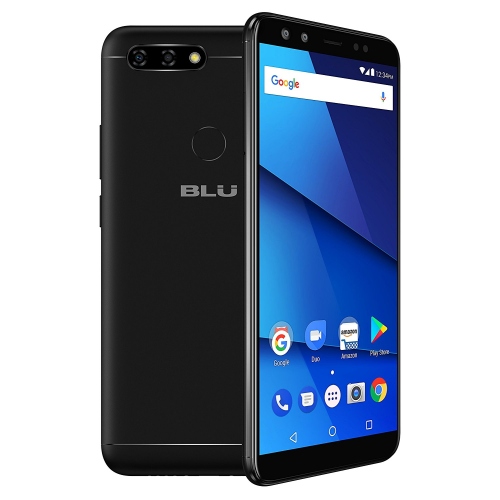 First, the phone has a MediaTek Helio P25 octa-core processor. It’s not exactly underpowered, but it’s also not all that competitive with the latest high-end chips from Qualcomm, Samsung, and others.

Second, the BLU Vivo X has a few limitations on wireless connectivity: it supports 802.11b/g/n WiFi networks, but not 802.11ac. And it’s a GSM-only phone which means it’ll work with AT&T and T-Mobile in the US, but not Verizon or Sprint.

And fourth, BLU doesn’t have a stellar track record on security matters these days. This is also the company that rolled out a software update that prevented some users from logging into their phones a few months ago.

But if the Vivo X has a redeeming feature, it’s probably the price tag: it’s up for pre-order for $250 and the full retail price is expected to be about $300.

The phone’s cameras setup includes a 13MP + 5MP setup on the back and “super selfie” arrangement on the front with a 20MP Sony IMX376 image sensor featuring an f/2.0 aperture and an 8MP camera with a 120 degree wide-angle lens.

Both the front and rear camera systems support enhanced depth of field and bokeh-style depth effects for portrait-mode photos that keep the foreground in focus while blurring the background.