BLU unveiled a $299 smartphone in May that features a 5 inch, 1920 x 1080 pixel display, an octa-core CPU a few months ago. The BLU Vivo IV has high-end specs, but a mid-range price. And now it’s available for purchase in the US. 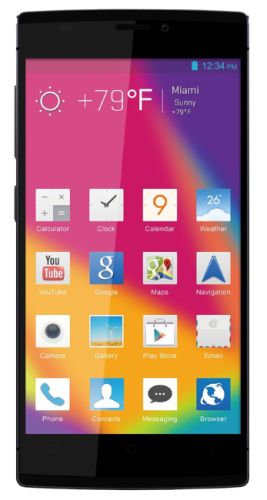 It has a 13MP camera on the back and a 5MP front-facing camera, 802.11ac WiFi, Bluetooth 4.0, FM radio, and GPS. The phone features a Super AMOLED display.

The phone measures just 5.5mm (about 0.22 inches thick) and has an aluminum and glass case.

There are a few things that the phone doesn’t have. It’s a GSM phone that supports HSPA+ networks but not 4G LTE networks. And it doesn’t ship with the latest version of Android. While BLU says it’ll support an Android 4.4 update right now the phone runs Android 4.2.

Amazon sells the unlocked smartphone for $299. It’s available in black, white/gold or white/silver and the BLU Vivo IV supports AT&T or T-Mobile’s networks in the United States.