The makers of Cyanogen OS haven’t been shy about their plans for the operating system: CEO Kirt McMaster wants the Android-based operating system to become a full-fledged rival to Google Android itself.

A handful of smartphones including the OnePlus One, Micromax Yu, and upcoming Alcatel OneTouch Hero 2+ ship with Cyanogen OS. But that basically mean they come with a custom version of Android that’s fully compatible with Google’s software… and which comes with the Google Play Store and other Google apps pre-loaded.

Later this year the first Cyanogen phone without Google’s proprietary apps will launch and it will be the biggest test to date of whether Cyanogen OS can truly stand on its own. 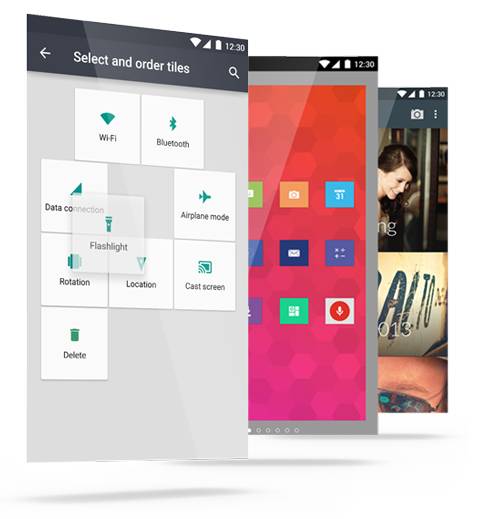 Cyanogen Inc announced that it’s raised $80 million in new venture capital for a total of $110 million to date. Forbes has a profile of the company that points out this latest round of fundraising values the startup at $1 billion.

Forbes also spoke with a number of sources for the story, including some that suggest that at least some future devices that ship with Cyanogen OS will come with Microsoft Bing and Office apps instead of Google Search and Drive.

Budget phone maker BLU, meanwhile, plans to launch its first Cyanogen OS phone later this year… and it’ll be the first such phone to ship without the Play Store, Google Search, Gmail, Google Maps, YouTube, or other key apps from Google.

While Google releases the source code of Android for free, many of the cores apps that make up the Android experience rely on closed-source software including the Play Store and Google Services Framework. Companies that want to build Android phones or tablets have to either agree to Google’s conditions to gain access to those apps and services or build their own.

Amazon builds its own… the company’s Fire OS software for smartphones, tablets, and TV boxes is based on Android. Fire OS can run Android apps, but you’ll need to either get them from the Amazon Appstore or sideload them, because Fire OS doesn’t have the Play Store.

A number of Chinese device makers also ship phones and tablets without the Play Store… but they do that in China or other markets where Google’s brand (and app store) aren’t as strong as in the US and Europe.

So why would a company like Cyanogen want to build an Android-based operating system that doesn’t rely on Google apps and services?

McMaster says it allows device makers to customize the experience of their devices in ways that Google wouldn’t otherwise allow. Want to feature tight integration between Spotify and the operating system so that you can use a voice command to play a song and have it open in Spotify instead of Google Play Music? You can’t do that on a normal Android device.

Some phone makers, wireless carriers, and others want that kind of control over phones — but other attempts to build alternatives to Android have been less than successful. Samsung has invested a lot of time and effort into building the Tizen operating system, but the company doesn’t have much to show for it yet. LG is building smart TVs and smartwatches around webOS, but the company is sticking with Android for phones for now.

Whether Cyanogen will be attractive to actual smartphone users rather than makers remains to be seen. The operating system began as a custom version of Android developed by enthusiasts who wanted to be able to customize the look, feel, and performance of their phones by replacing the stock software that came with their hardware. Users can still do that with CyanogenMod, the open source version of Cyanogen’s operating system.

Cyanogen OS includes many customization options that you won’t find in stock Android software, including a Theme Engine and other user interface tweaks. But it also includes closed-source components and it isn’t as open to DIY hackers as CyanogenMod.

So when BLU ships a phone later this year with the Amazon Appstore, Microsoft Bing and Cortana for search and voice assistant, Opera for the web browser, Nokia Here for maps, and Dropbox and OneDrive for cloud storage, it’ll be interesting to see whether users are happy with those replacements for the Google Play Store, Maps, Search, Chrome, and Drive.

It’ll also be a big test of whether the $1 billion valuation Cyanogen Inc just achieved makes any sense. Currently most of the company’s revenue comes from sales of themes through the Google Play Store. But there’s potentially more revenue to be made by partnering with app makers that want to integrate with the operating system.