Budget phone maker BLU is introducing 3 new smartphones with 5 inch and larger displays. They may not have the best screens, the fastest processors, or the most storage. But the new BLU Studio line of devices do have a few things that help set them apart from bigger-name smartphones.

First, they all come unlocked, Second, they run stock Android software. Third, they all support dual SIM cards. Finally, and most importantly, the’re cheap. Prices start as low as $149. 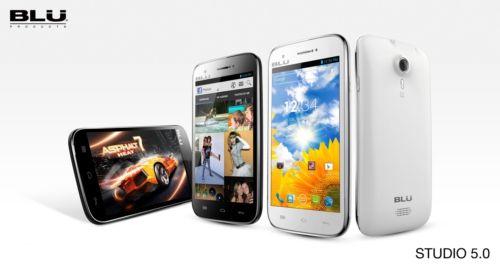 All three models feature Android 4.1 Jelly Bean software and supports HSDPA 3G networks. They should be available soon from Amazon

The phone carries a retail price of just $149.

If you’re looking for a model with slightly better specs, the BLU Studio 5.0 S starts at $209, and features a faster 1.2 GHz Qualcomm Snapdragon S4 dual-core processor and Adreno 203 graphics. 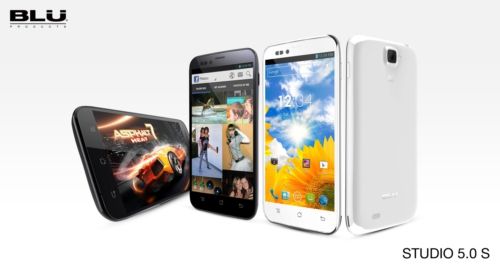 This model also has 1GB of RAM, a higher-resolution 960 x 540 pixel display, and an 8MP camera, as well as a 2MP front-facing camera.

Unfortunately it still just has 4GB of built-in storage, but you can add extra storage with a microSD card.

BLU also offers a model with a larger 5.3 inch display, although it still shows just 960 x 540 pixels. In fact, other than the larger screen and slightly thicker and heavier case, most of the specs on this model are the same as those for the BLU Studio 5.0 S. 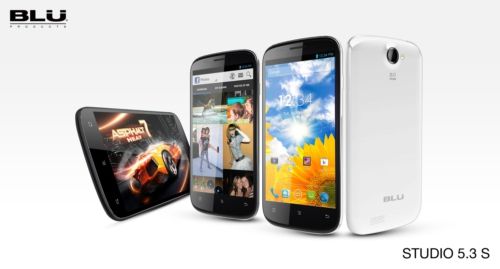