Budget smartphone company BLU unveiled 7 new smartphones during the Consumer Electronics Show, but it looks like there may be at least one unannounced new phone on the way.

A phone called the BLU Energy X LTE showed up at the FCC recently. The name suggests it’ll be an updated version of last year’s 3G-only Energy X smartphone… which means we’re probably looking at a phone with a big battery and otherwise entry-level specs. But the new model should support 4G cellular networks. 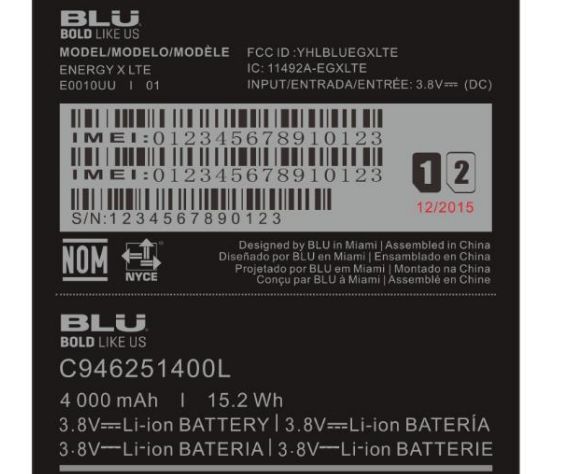 Other details are scarce, but last year’s model had a 5 inch, 1280 x 720 pixel IPS display, a MediaTek 6580 quad-core processor, 1GB of RAM, 8GB of storage, a microSD card slot for up to 64GB of removable storage, an 8MP rear camera and a 2MP front camera with LED flash.

It’s possible the new model could have the same specs plus 4G LTE support. But it’s also possible that BLU could update the phone line by improving some of the other hardware at the same time.