Less than a year after releasing its first smartphone, it looks like Essential Products might be going out of business.

Bloomberg reports that the company, which was started by Android co-founder Andy Rubin, has cancelled development of its next phone, and may be looking for a buyer interested in acquiring the company. 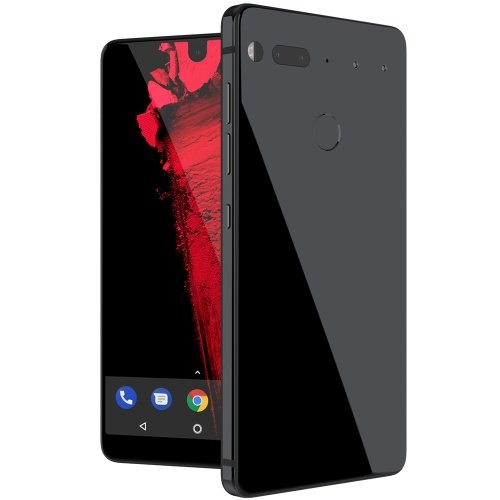 The Essential PH-1 made headlines last year due to Rubin’s involvement, and also because of it’s unusual design and feature set. It was the first phone to hit the streets with a cut it in the display for a camera, beating the iPhone X to market. It also has a ceramix back and pogo pins that allow usera to connect optional accessories, although the only accessiry available so far is a 360 degree camera.

At launch, the phone sold for $699 and features top tier specs, but received negative reviews for its mediocre camera performance. The company has released a number of software updates bringing improvements to the camera, among other things. The phone is also usually one of the first in line to receive Google’s monthly security updates.

But apparently that’s not enough to move products, because the phone has received a number of price cuts over that past year. It currently goes for about $500, but I’ve seen it on sale for as little as $350.

Bloomberg says Essential has sold at least 150,000 phones to date, but the company has yet to release any additional modular accesssories, and the smart speaker Essential promised last year is still nowhere to be seen. The company is also said to have lost dozens if key employees including software and hardware engineers and executives.

So maybe it shouldn’t be surprising to see the company making changes to its long term plans. But I hope at the very least that whatever happens doesn’t leave existing customers high and dry. I’d hate to see those monthly security updates stop suddenly.

One possibility that Essential is said to be exploring would be outsourcing the design of its next phone to a manufacture like Foxconn, if Essential decides to move forward with another phone at all. Meanwhile, the company is said to be working on a smart home product that could be released in 2019. It’s unclear if that product would be the missing smart speaker we fiest heard about last year.

Update: Andy Rubin says the company always has “multiple products in development at the same time and we embrace canceling some in favor of the ones we think will be bigger hits. We are putting all our efforts towards our future, game-changing products, which include mobile and home products.”

In other words, he’s pretty much confirmed the report that the company has cancelled… something (probably the phone that was under development), but suggests that new products are still in the works.

Meanwhile the folks at The Information obtained an internal email from Rubin to staff that says that the company is working with bankers to raise money, and that a sale of the company might be one way to do that. But there are currently no plans to shut down Essential.

5 replies on “Bloomberg: Essential cancels its next smartphone, company might be up for sale”