The iPhone X is Apple’s first smartphone to support wireless charging… but Apple doesn’t make a wireless charger for it yet, so the company has been selling third-party chargers since the iPhone X launched last year.

When the company unveiled the phone last September, Apple also noted that it was working on a new wireless charging accessory called AirPower. Unlike most existing wireless charging devices, it’s a single pad that can charge up to three items at the same time (such as an iPhone, Apple Watch, and Apple AirPods (with a wireless charging case). But close to a year later, AirPower is nowhere to be found.

Now Bloomberg reports that Apple is hoping to bring the charger to market by September, 2018… a year after it was first announced. 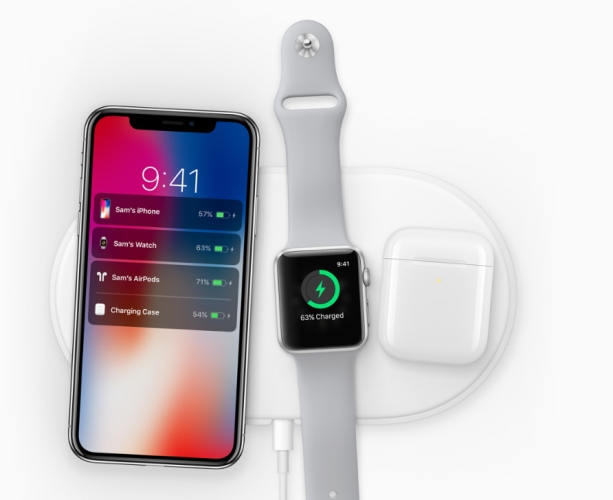 While AirPower is based on the same Qi wireless charging technology used in most competing products, its ability to charge multiple devices charged anywhere on the mat will make it stand out… and are also apparently making it more difficult to produce.

According to Bloomberg’s sources, the charging mat would need a number of different sensors and different-sized charging components placed throughout the mat so that it doesn’t matter which device is placed on which part of the AirPower mat.

It’s also said to feature a custom processor and an iOS-based operating system to manage power management and other features.

But fans of physical ports might not be in a hurry to see Apple get it right: there’s some speculation that Apple’s quest for the perfect wireless charging system could pave the way for the company to eliminate support for wired charging altogether. Apple already sells smartphones without headphone jacks. The Lightning port could be next on the company’s hit list.

While there would certainly be some benefits to a port-free phone (it’d be easier to make waterproof, there’d be extra room in the case for batteries or other components, and it’d look kind of cool), there are also down sides (wireless charging isn’t usually as fast as wired, it’s harder to debug a device without a physical data connection, and wired headphones would really be a thing of the past).