The folks at PhoneBloks have been envisioning a future where consumer devices are modular: want a new screen, a bigger battery, or a new camera for your smartphone? Just pop out your old module and slide in a new one.

PhoneBloks served as part of the inspiration for Google’s Project Ara modular smartphone, and now the team is working on a modular smartwatch called Blocks.

Now it looks like there’s a chance the two projects could come together: Some Project Ara modules might be compatible with the Blocks modular watch. 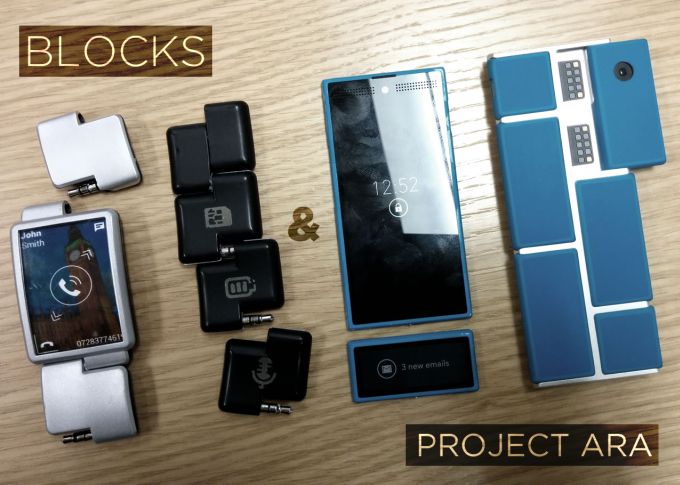 Hakeen Javaid from Blocks says the team met with developers on the Project Ara team and there’s interest in creating cross-compatible modules.

While it’s unlikely that this means you’ll be able to slap a 5 inch screen on your wristwatch, it could lead to smaller modules that work with  range of devices including phones and watches.

For instance camera, battery, sensor, secondary notification display, microphone, or other modules could theoretically be attached to the back of your phone or the band of your wristwatch.

Runners might be able to take a cellular module from your phone, slap it into your watch and use your watch to make phone calls while leaving the phone at home.

Folks who might need to switch cameras on the go might be able to store a few different camera modules on their wristband even when they’re not in use… then detach them and connect them to your phone to switch between a standard camera, a zoom lens, or an infrared camera.

If a standard for cross-compatible modules emerges, it could also help encourage third-party developers to create more modules since it could broaden the potential market for that type of hardware.