After raising more than $1.6 million through a crowdfunding campaign in 2015, the makers of the BLOCKS modular smartwatch have been working to get their product to market, and now the team is showing off the finished product for the first time at the Consumer Electronics Show.

It’s a watch with a 1.4 inch, 400 x 400 pixel round AMOLED display, a MediaTek MTK6580M quad-core processor, Android 8.0 software (not Android Wear), and customizable hardware, thanks to a series of modules that make up the wrist strap.

You can choose modules to add extra battery life, GPS, a heart rate monitor, or other features… and the modules are swappable, so you can change them on the fly depending on your needs.

The company began shipping watches to backers of its Kickstarter campaign in December and says that customers who pre-order now will receive their watches and modules in the second quarter of 2018. 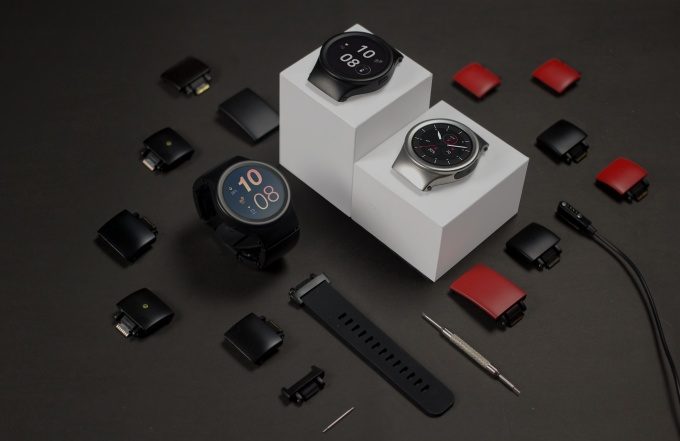 On the one hand, smartwatches aren’t as buzzworthy as they were a few years ago when BLOCKS was getting started. On the other hand, I asked BLOCKS co-founder Serge Didenko why it’s taken two years to bring the product to market, and he pointed out two years is “actually quite short for something that has never been done before – a modular system with electrical components that have to be mechanically flexible to bend around the wrist; and to be hot swappable on the go.”

He also suggests that launching in 2018 may be better than hitting the streets in 2016 because while smartwatches may be niche devices, it’s a product category users are more familiar with today than they were a few years ago.

In terms of hardware and design. BLOCKS looks a lot like other watches. It has a a touchscreen display, a 350 mAh battery, 802.11b/g/n WiFi, Bluetooth 4.0, 512MB of RAM, and 4GB of storage. The watch core features a stainless steel case. 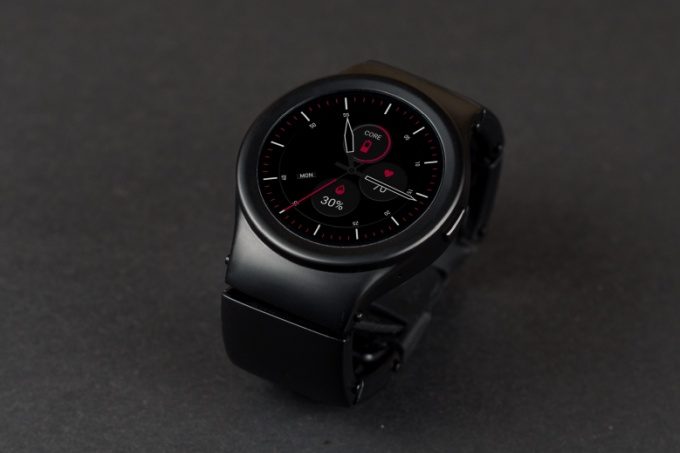 The watch is water resistant and should be able to survive a hand washing, but the company says you probably shouldn’t wear it in the shower or while swimming. It should get up to 1.5 days of battery life under normal usage when using just the standard battery.

It’s the optional modules that make BLOCKS different. They’re hot swappable accessories that use a proprietary connector, have a polycarbonate case, and which feature plug and play functionality: add a module and it should start working right away. 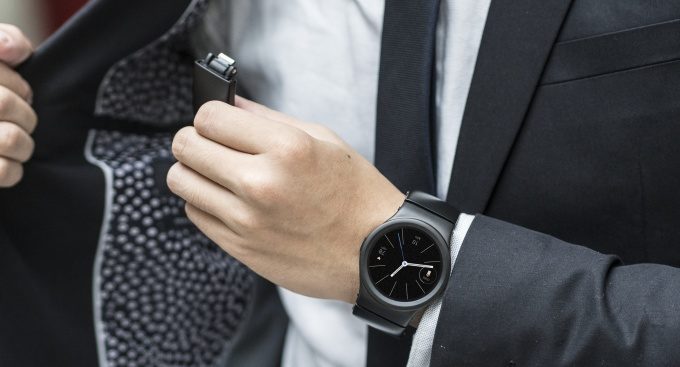 You can use a standard watch strap with BLOCKS if you don’t need the extra modules. Or you can use 4-5 modules at a time depending on the size of you wrist.

At launch, you’ll be able to opt for battery, LED flashlight, programmable smart button, GPS, heart rate, or environment (temperature, humidity, air pressure, and altitude sensors) modules. BLOCKS is also working on an air quality monitor, a stress & perspiration sensor, a body temperature sensor, an NFC module, and a UV sensor. In February the company will begin inviting third-party developers to create their own modules for the platform.

The watch is compatible with Android and iOS and supports third-party services including IFTTT and Amazon’s Alexa.