Android is for smartphones and tablets. Chrome OS is for laptops and desktops. That’s what Google’s been telling us for the past decade. But a small group of developers have been challenging that idea for almost as long — and thanks to their efforts you can now install  Android 9 or Android 10 on computers with x86 chips.

The long-running Android-x86 project launched a release candidate of their Android 9-based operating system last week, and now the group is moving on to Android 10 — the team says the q-x86 source is now ready for developers.

Meanwhile developers and adventurous non-developers can already try out an early build of an Android 10-based desktop operating system thanks to the folks behind Bliss OS. Bliss OS 12 Alpha builds are now available for download. 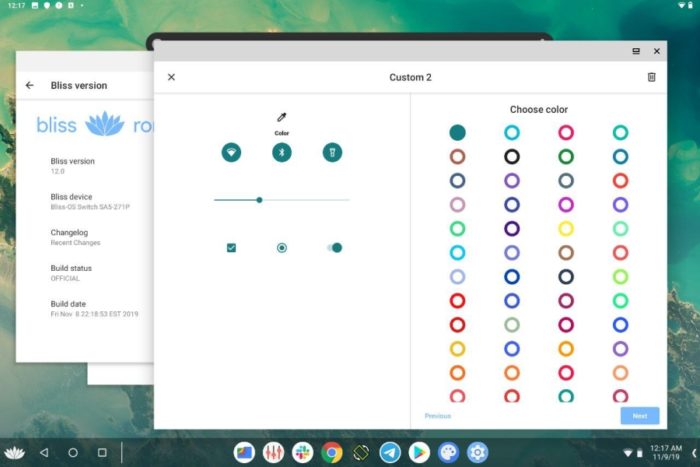 Since these are still pre-release, alpha-quality builds with a number of known bugs. So Team Bliss wants to make sure you know what you’re in for before you try downloading and installing the operating system — and they’ve hidden a secret download code and instructions in a post on the xda-developers forum (you can also probably guess it from a recent tweet).

Once you’ve jumped through those hoops, you should be able to download Bliss 12 Alpha from the project’s download page and install it by following the instructions at the Bliss ROM documentation site.

Bliss is a fork of Android-x86 designed to run on most recent Chromebooks or Windows computers. Basically if you can run Windows, Linux, or Chrome OS, you should be able to run Bliss OS.

The operating system has an a desktop-style launcher with a taskbar and start menu-like app drawer, the ability to run apps in windows, and support for touchscreen and non-touch devices.