The Blackphone is a $629 smartphone aimed at folks who value privacy. While it has the specs of a mid-range smartphone, it stands out due to  custom version of Android called PrivatOS as well as apps and services that put an emphasis on privacy.

For instance the phone lets you make encrypted voice and video calls or send encrypted text messages thanks to a bundled Silent Circle subscription.

Introduced earlier this year, the Blackphone should begin shipping in July. 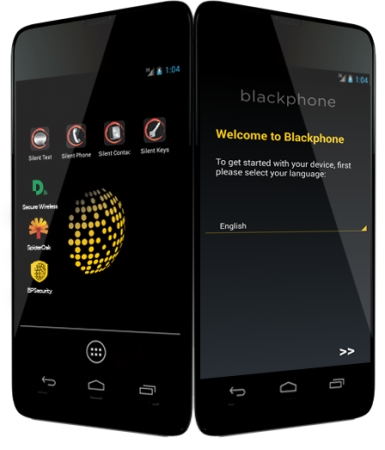 There’s a catch though: if you try to send an encrypted message to someone not using the service, it won’t work. So when you buy the phone, not only do you get a 2 year subscription to the Silent Circle app suite, you also get three 1 year subscriptions that you can give to friends or family members… if you can convince them to use it. If you’re communicating with someone with another Blackphone, the calls or messages will feature end-to-end encryption.

Other privacy-oriented features include anonymous search, the ability control which apps have access to your personal data, and disabling WiFi unless you’re near a trusted hotspot to prevent unauthorized hotspots from detecting your location.

While you can certainly find better hardware at better prices, Blackphone’s value proposition is in its software and services. What remains to be seen is whether enough customers will be attracted to that proposition for the phone from Silent Circle and Geeksphone to sell more than the few thousand units that customers have already pre-ordered.