Privacy-minded smartphone users, take heed. There’s a new handset coming called Blackphone, and its creators want you to know that it’s being built from the ground up to provide the most secure smartphone experience possible. But will it live up to the hype? 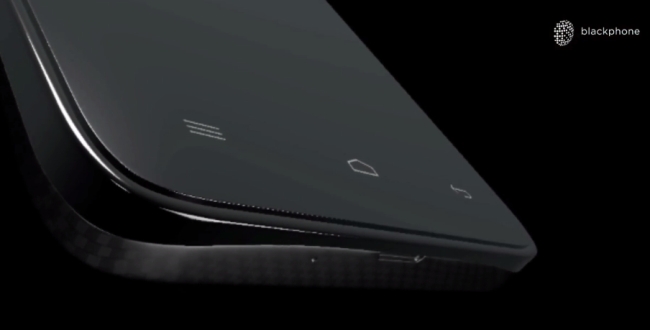 The Blackphone team is comprised of some heavy hitters in the digital privacy game. Four key members were part of the crew at Silent Circle, one of the secure email services that shut down last summer due to fears of U.S. government interference.

Hardware expertise is being supplied by Geeksphone, the Spanish firm that offered up the first publicly available devices running Boot2Gecko — the core of the Firefox OS experience.

Blackphone will run a modified form Android they’re calling PrivatOS. Obviously it’s been tweaked with privacy as a primary concern, with support for encrypted calling, messaging, and file transfers. A VPN layer is built-in for increase privacy and security.

Unfortunately, the official website and Vimeo teaser don’t really offer a lot of “meat.” That’s understandable, since the marketing team wants to generate as much buzz as possible — but it would be nice to have a few details cleared up.

For example, as several commenters over at Hacker News have pointed out it’s virtually impossible to build a truly secure phone without addressing the baseband processor and SIM card. They’re two of the biggest weaknesses in our devices.

And then there’s the device at the other end. How, exactly, can Blackphone ensure that a phone call or text message sent to someone with an iPhone or Galaxy S4 is fully secured and private? It seems impossible, and if they’re merely bundling apps to tackle those chores, then… well, users can already install similar apps right now.

We need to see what Blackphone can do before passing judgment, of course. If they can deliver what they’re promising, then this could be a device that genuinely offers privacy-minded smartphones users some much-needed freedom and peace of mind.

15 replies on “Blackphone promises complete privacy, but what will it deliver?”