BlackBerry’s first foray into the tablet space didn’t go too well. The company’s BlackBerry PlayBookwas unveiled in 2010, launched in 2011, and never sold particularly well. BlackBerry eventually marked down the price significantly and never got around to releasing a follow-up.

But the BlackBerry-watching bloggers at n4bb say it looks like there could be a new BlackBerry tablet by the end of 2015. 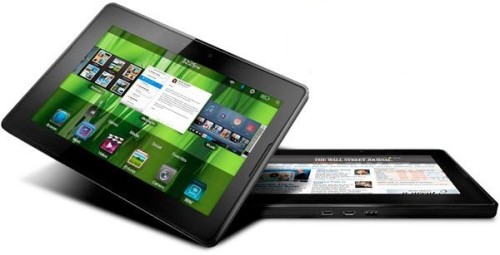 This time around, BlackBerry is said to be focusing on enterprise markets and users in niche industries such as medicine, although if the company does release a new tablet for businesses and industrial use, it could also be made available to the handful of consumers interested in spending money on a BlackBerry tablet.

Nothing’s set in stone at this point, and it sounds like BlackBerry is looking into the launch of a new tablet rather than making any promises. So there might not ever be another BlackBerry tablet.

Launching a tablet in 2011 did nothing to keep BlackBerry’s share of the smartphone market from continuing to shrink. But a new model aimed at the company’s core strengths in supporting enterprise security and communication features could have a chance of helping BlackBerry at least hold onto some of its remaining core users.