BlackBerry practically invented the smartphone space, but over the past few years the company has been struggling to keep up with competitors including Apple and Samsung. In September, the company revealed a plan that would involve accepting a $4.7 billion buyout from Fairfax Financial that would take the company private and possibly give BlackBerry a better chance to plan a new strategy without worrying about shareholder sentiment.

Now that deal is dead. Instead the company is accepting $1 billion of investment from Fairfax and other investors — and CEO Thorstein Heins is stepping down. 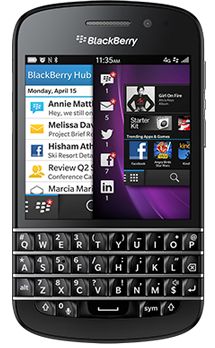 Former Sybase chairman and CEO John Chen will take over as interim CEO of BlackBerry while the company seeks a new leader. He’ll also be executive chair of the company’s board of directors, which is also getting a bit of a shakeup.

All told, this means that BlackBerry will not be going private anytime soon. But by raising ! billion through the sale of convertible debentures.

Will that be enough of a cash influx to help keep BlackBerry alive while the company tries to adjust to the times? It’s tough to say. On the one the company’s latest phones and operating system updates look pretty nice. On the other, BlackBerry continues to lose market share to competitors.

At the same time, BlackBerry has begun offering cross-platform software that can run on iOS and Android. While the company isn’t charging any money to use BBM for Android and iOS, it’s not hard to imagine ways to make money off a popular instant messaging platform — over 20 million people have already installed the software since it launched just a few weeks ago.