BlackBerry is working on a new smartphone with a high-resolution square display. In a blog post announcing the launch of the software developer kit for BlackBerry OS 10.3, BlackBerry’s Tim Neil points out that there’s support for a new screen resolution: 1440 x 1440 pixels.

The documentation for OS 10.3 refers to the upcoming smartphone simply as “a future device” or “next generation device.” 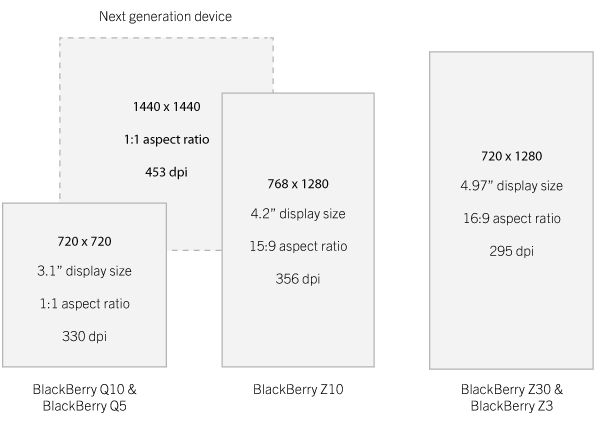 The only other detail Neil provides is that the pixel density for the device is 453 dots per inch, which suggests the upcoming BlackBerry device will have a 4.5 inch square screen.

That kind of rules out a tablet and suggests we’re looking at initial support for a new smartphone with a high-resolution screen and a physical keyboard, since most BlackBerry phones with square displays have QWERTY thumb keyboards below the screen.

BlackBerry is one of the few smartphone makers that still offers models with physical keyboards, and while BlackBerry has been losing market share to iOS and Android in recent years, there are still die-hard fans who don’t want to give up their keyboards. It sounds like the company is catering to those fans with at least one upcoming product… although BlackBerry also offers several touchscreen-only phones including the BlackBerry Z10 and Z30.