The BlackBerry Priv is a phone that could pave the way to a new future for a company that was once a dominant player in the smartphone space. Over the past decade BlackBerry has seen its market share go down and down… and these days even Tizen smartphones are outselling BlackBerry phones.

So the company is trying something dramatically different: it’s selling a phone with a BlackBerry-style physical keyboard, BlackBerry communication, search, and security apps, and Google’s Android operating system.

If this works, we could see more Android phones from BlackBerry in the future, as well as a bigger emphasis on apps and services for platforms including Android, iOS, and Windows. If it doesn’t… BlackBerry might stop making phones altogether and become a software company.

So is the Priv any good? It depends who you ask. 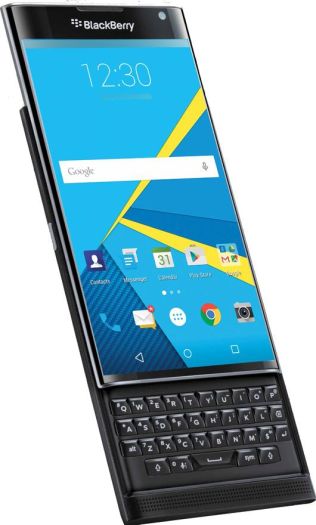 Now that the phone is available for purchase, the first reviews are in, and they’re mixed at best.

Most folks seem to like the idea of the keyboard, which hides behind the display when you don’t need it and slides out when you do. It provides tactile feedback as you type in a way that on-screen keyboards do not, and it’s probably one of the most striking things about the Priv… because most smartphone makers have stopped releasing phones with physical keyboards.

Typing a physical keyboard might not actually be faster, but it’s a feeling that some folks seem to prefer. Reviewers that are familiar with BlackBerry keyboards say that the Priv’s isn’t the best the company has produced. But there’s just about no competition in this space right now, so it’s certainly one of the best physical keyboards you’re likely to find on an Android phone for now.

Aside from the keyboard, the features that make this phone most obviously a BlackBerry device are the apps. BlackBerry Hub, for instance, lets you view messages from multiple apps in one place, making it easy to get a quick overview of social media, email, and calendar items all at once.

Android itself hasn’t been customized all that much: the operating system feels pretty close to the stock software you’d get from Google, with some added apps and features. While the phone is currently shipping with Android 5.1, BlackBerry plans to roll out an Android 6.0 update in early 2016.

It’s not the fastest Android phone on the market, but the Snapdragon 808 chip and 3GB of RAM certainly mean it’s not the slowest.

Should you buy the $700 phone? Here’s how these publications answered that question.