BlackBerry’s first Android phone will have a 5.4 inch display with curved sides, a 34,10 mAh battery, and a slide-out keyboard.

We already pretty much knew that, thanks to a series of leaks. But now that BlackBerry has launched a registration page for the upcoming BlackBerry Priv smartphone, the company is confirming those details and promising to offer a few more ahead of the phone’s launch. 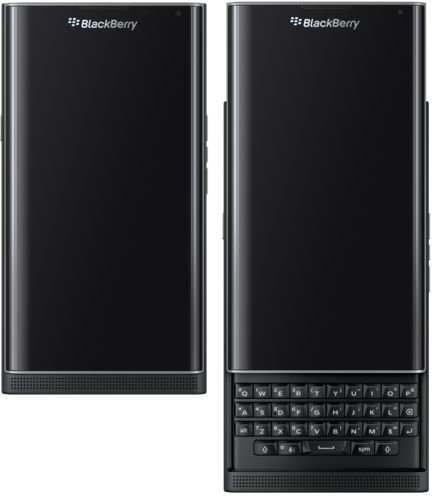 The phone also features a Schneider-Kreuznach certified camera, and “extraordinary audio quality.” The company says the technology for its slide-out keyboard is called “SmartSlide.”

The phone is expected to feature a Qualcomm Snapdragon 808 processor, 3GB of RAM, 32GB of storage, a 2560 x 1440 pixel display, an 18MP camera, and a microSD slot for removable storage.

The company hasn’t confirmed those specs yet, but German site Der Standard posted a hands-on preview of the phone earlier this week, so unless BlackBerry makes last minute hardware changes, it’s likely that we can expect the phone to ship with a hexa-core processor and a high-resolution display, among other things.

Probably the most notable thing about the Priv is still the software: it’ll run Google’s Android operating system with full access to the Google Play Store and other Google apps. But it’ll also tap into BlackBerry’s communications, security, and privacy features including BlackBerry Messenger and BlackBerry Hub.