BlackBerry had promised a pretty dismal financial report for the quarter, and the company has followed through on that promise. While BlackBerry brought in $1.6 billion in revenue and sold about 3.7 million smartphones, the company reported a $965 operating loss.

Most of that is from unsold inventory of the company’s latest flagship phone, the BlackBerry Z10. 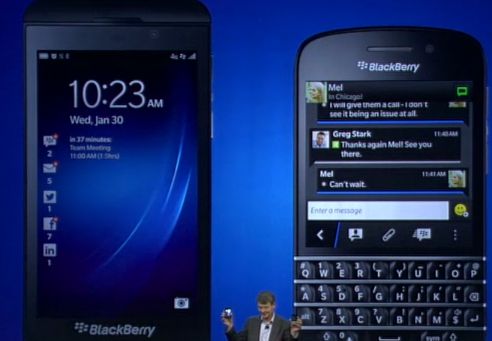 It was the company’s first device to ship with BlackBerry 10, featuring an entirely new operating system with a heavy emphasis on touch input. That’s a surprisingly risky move for BlackBerry, a company which has built a reputation as one of the few that still offers smartphones with physical keyboards.

The company has also been playing up the enterprise-ready features of the Z10 and BlackBerry 10 software including software which lets users create separate profiles for work and personal use so they don’t have to carry around two different phones.

But apparently that wasn’t enough. The vast majority of the $965 million operating loss in the second quarter is due to unsold Z10 inventory — in fact, the “Z10 Inventory Charge” comes to about $934 million.

In other words, BlackBerry built way more phones than it could sell.

BlackBerry does offer another BB10 handset, the BlackBerry Q10. That model has a physical keyboard below a smaller screen. It’s not clear whether that mode is selling better than the Z10, or if BlackBerry just didn’t build as many. But the BlackBerry Q10 didn’t get its own section in the press release announcing the latest fiscal results.

The good news for BlackBerry is that the company may not have to answer to public shareholders much longer. Fairfax Financial has announced a plan to buyout the company for $4.7 billion and take it private, which could give BlackBerry a better chance of turning its fortunes around without as much public scrutiny… or something.