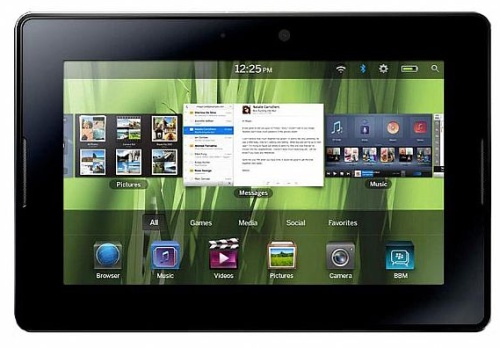 Surprising no one, Research in Motion has announced that the BlackBerry PlayBook will be able to run Google Android apps as well as native apps written for the tablet’s QNX-based operating system. The tablet will also be able to run BlackBerry Java apps.

The PlayBook will support what RIM calls “app players,” allowing Java and Android apps to run just like native apps. You’ll be able to download Java and Android apps from the BlackBerry App World. That means developers who want to make their apps available for the PlayBook and Android devices will have to submit their apps to multiple markets — but they’ll be able to code their apps once and deploy across multiple platforms, presumably after making some tweaks to ensure the apps work on the PlayBook tablet (which doesn’t have the same button layout as most Android phones or tablets).

Interestingly, the press release mentions Android 2.3 apps. There’s no mention of Android 3.0 apps, even though Android 3.0 is Google’s software platform for tablet computers.

The BlackBerry PlayBook is expected to launch April 19th in the US and Canada for $499 and up. At launch, the tablet will only run native QNX apps. The Java and Android players will be available this summer.