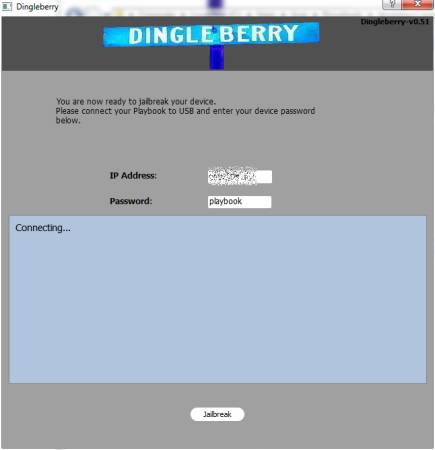 Less than a day after a group of independent developers released the first tool for gaining root access to the BlackBerry PlayBook, Research in Motion has released a security update that patches the hole the Dingleberry tool uses to root a PlayBook.

Rooting the tablet gives users access to escalated privileges, which lets you do nifty things like installing the Android Market on the BlackBerry tablet.

But in order to gain root access, hackers had to find a security hole to exploit. In this case, the hole they found wasn’t really all that dangerous. In order to root your tablet (or do something more malicious), someone would have to have physical access to your device. The exploit can’t be accessed remotely. Instead, it occurs when you transfer files over a USB connection from a computer running BlackBerry Desktop software.

RIM acknowledges that the exploit represents a low security risk, but the company’s in the business of making devices for enterprise users, so any security hole is a big deal.

The good news is that one of the developers behind DingleBerry says even if you upgrade to the latest, most secure version of BlackBerry Tablet OS, you can always downgrade to an older version to root your tablet. If you’re running BlackBerry Tablet OS 2.0 beta you also shouldn’t be affected yet. I suspect the security fix will be rolled into OS 2.0 before it’s rolled out to the public next year though.

Update: RIM has released an updated version of OS 2.0 beta which removes the ability to root the tablet with Dingleberry.

Update 2: Dingleberry 3.0 adds an option to downgrade your operating system so your tablet can be rooted.