So it turns out a funny thing happens when you slash prices on a decent but not spectacular product: People buy more of them. It looks like 15 percent of Canadian tablet owners may now own a BlackBerry PlayBook. 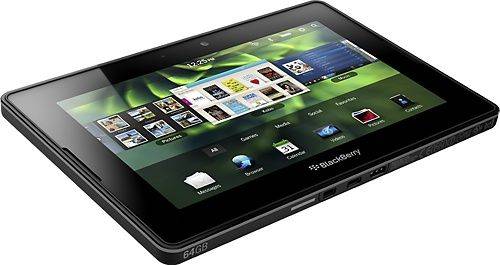 The Globe and Mail reports that the PlayBook had just about 5 percent of the market share in Canada last fall.

What changed? Research in Motion dropped the starting price for the tablet from $499 to $199. The company insists that this is a temporary promotion, and we’ve seen prices go up and back down again repeatedly — but right now you can get a 16GB PlayBook for $199. The most expensive model is the 64GB version which costs just $299.

At those prices, it’s possible that RIM is selling some tablets at a loss. But the company is losing smartphone market share and mind share to iOS, Android, and other competitors. The more people RIM can convince to pick up a BlackBerry Tablet, the better its chances of keeping people in the Blackberry family.

Rumors have been flying around lately suggesting that Apple could introduce a smaller version of the iPad to compete with the Amazon Kindle Fire and other reasonably popular 7 inch tablets. But I think the fact that the PlayBook only really started to sell when it got cheap suggests that people aren’t picking up Amazon tablets because of their size as much as because of their price.

The Kindle Fire also costs just $199 — but that’s not the discount price, that’s what the Kindle Fire always costs. The BlackBerry PlayBook, on the other hand, may see a price increase soon.

RIM plans to launch PlayBook OS 2.0 this month, bringing native email, calendar, and contact apps to the tablet as well as the ability to run some Android apps, among other features. I wouldn’t be surprised if RIM tried increasing (or restoring) the price once that happens).