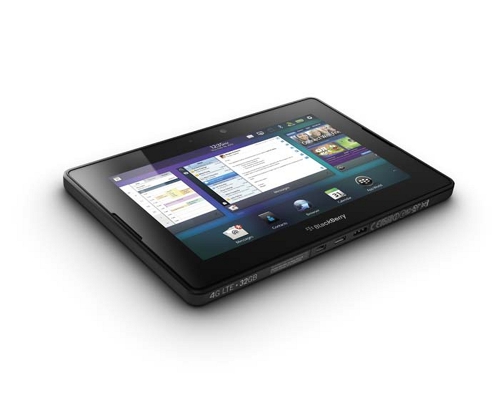 North of the border there’s reason for RIM fans to celebrate, as the company has finally unveiled the BlackBerry PlayBook 4G LTE. It goes on sale August 9, almost 16 months after the original Wi-Fi only version landed on retail shelves.

There’s more to the update than the addition of HSPA and LTE connectivity, of course. The PlayBook 4G has been upgraded to a 1.5GHz dual core processor, a minimum 32GB of internal storage, and PlayBook OS 2.0.1 comes preinstalled. “Select carriers” in Canada will be offering up the tablet initially, which should come as no surprise — RIM’s home base is in Ontario, after all, and Canada still has a fairly large base of loyal BlackBerry users.

Other countries will see the tablet soon, too, with the U.S., Europe, Latin America, the Carribbean, and South Africa following soon after.

It’s nice to see the PlayBook’s configuration upgraded to match other current tablets, but it seems unlikely that the addition of 4G connectivity, a speed boost, and the opening of the BlackBerry Video Store in Canada will do much to boost its standing in the market.

At least if you buy a PlayBook you’ll be receiving the upgrade to BlackBerry 10 OS next spring — which can’t be said for folks who purchase any of the BlackBerry smartphones that are currently available.