About a year and a half after launching its first tablet, Research in Motion is now offering an upgraded BlackBerry PlayBook in Canada.

The BlackBerry PlayBook 4G LTE is the first version of the 7 inch tablet to support mobile broadband, and it’s available from wireless carriers Rogers, Bell, and Telus, with prices starting at $350 when you sign up for a service contract with some of those carriers. 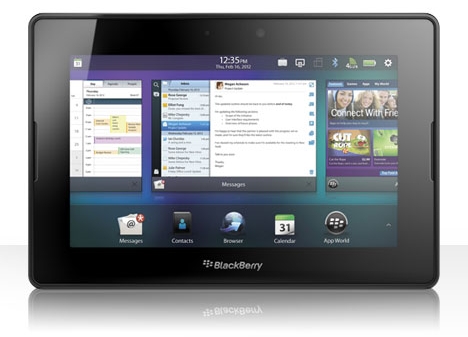 While the 4G LTE radio is the flagship feature in the new tablet, RIM also upgraded the processor. The WiFi-only PlayBook has a 1 GHz TI OMAP4 dual core chip, while the 4G model has a 1.5 GHz dual core CPU.

BlackBerry fan Nick Valentino picked up one of the new tablets and shot a video comparing it with the WiFi-only version. Not surprisingly, it’s faster in most tests. It loads apps more quickly and handles multitasking better.

Once they’re up and running, most apps run smoothly no matter which version you’re using — they were designed for the slower hardware, after all. But I suspect the PlayBook 4G LTE might be a little more future-proof.

On the other hand, the WiFi-only model is significantly cheaper, with prices starting at about $199 for a new model, or about $150 for a refurbished model.