Research in Motion has been promising to launch a new version of the BlackBerry PlayBook tablet with 4G mobile broadband for months. Now it looks like it’s finally ready to launch.

MobileSyrup received a tip from a retailer that the new 4G tablet will launch July 31st, and carry a retail price tag of $550. 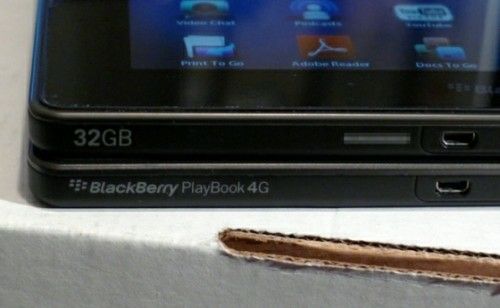 That’s more than twice the price of a WiFi-only model. But RIM didn’t just throw in a 4G LTE/HSPA+ modem.

Other specs remain unchanged, including a rear-facing 5MP camera, a front-facing 3MP camera, and a 7 inch, 1024 x 600 pixel display.

RIM first launched the WiFi-only BlackBerry PlayBook well over a year ago. The company has offered several updates to the PlayBook Operating System since then, including one that lets Android app developers distribute their software in the BlackBerry App World with minimal fuss.

The biggest change probably came when RIM priced the PlayBook to move… marking down the starting price from $499 to $199.

But for the most part, this year’s PlayBook looks a lot like last year’s… at a time when most other tablet makers are adding new features including higher quality displays, faster processors, and lower prices.

Is the addition of 4G and a faster CPU enough to make you consider a BlackBerry PlayBook instead of an Android tablet or an iPad?