Following years of declining smartphone sales, BlackBerry tried something different in 2015, launching its first smartphone running Google Android software instead of BlackBerry OS. But it doesn’t look that has done much to help the company’s hardware sales.

The BlackBerry Priv launched in November, and according to the first full-quarter earnings report since that launch, BlackBerry shipped just 600,000 phones in the fourth fiscal quarter, which is down from 700,000 during the previous quarter.

Overall revenue was down by 30 percent… but there may be a silver lining on the software and services side. 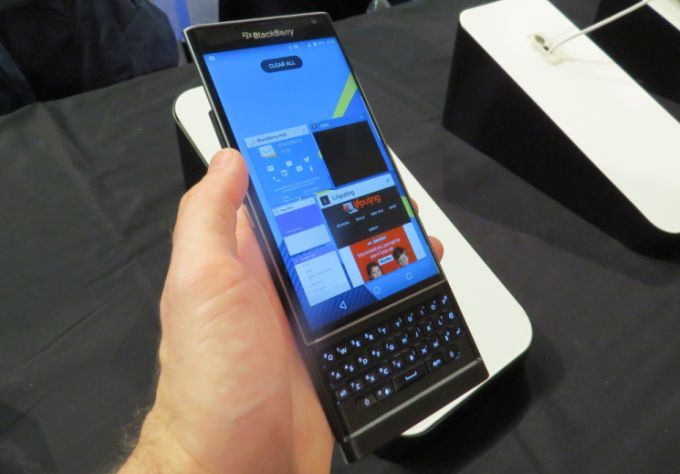 BlackBerry has started to make its enterprise and consumer software including BlackBerry Messenger and BlackBerry Enterprise services available for devices running Android, iOS, and Windows software and it’s feasible that even if the company’s hardware business doesn’t become profitable, BlackBerry could live on as a software company.

Software and service revenue for the quarter was $153 million, which is about double the amount from a year earlier. The company is also projecting a 30 percent growth in software and services in the coming year.

As for hardware, BlackBerry CEO John Chen says the company needs to move about 3 million devices per year to break even. That’s down from a previous estimate of 5 million thanks to cost cutting measures.

It’s not clear if the company will be able to ship even that reduced number of phones this year, but Chen says he’s optimistic. He also notes that part of the problem the company has had moving Priv units is due to reduced demand for high-end phones, suggesting that maybe if BlackBerry does have another Android device on the way, it could be a mid-ranger?

That said, investors didn’t seem too happy with BlackBerry’s report. The company’s stock fell by about 7.5 percent to $7.48 per share today.