BlackBerry is planning to launch a new smartphone at an event in London in September. What’s unusual about this phone is that it’ll likely have a big, high-resolution, square screen and a tiny keyboard.

Update: Here’s BlackBerry CEO john Chen holding the upcoming Blackberry Passport along with a BlackBerry Classic. The Passport is the phone with the big square screen and the tiny keyboard.

The phone will be called the BlackBerry Passport, but according to CrackBerry it’s code-named Windermere, and according to N4BB it looks something like this: 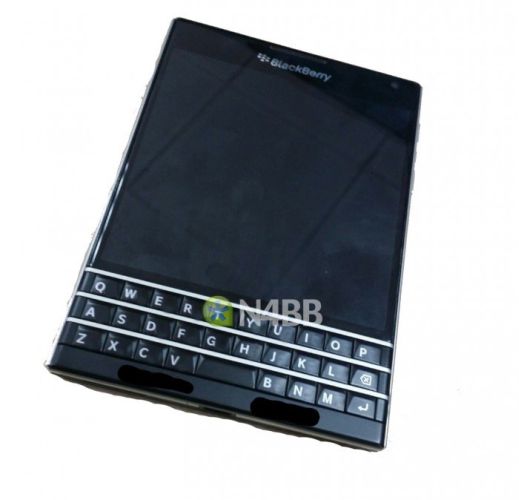 The new screen resolution for a “next generation device” was first mentioned by BlackBerry when the company unveiled the documentation for BlackBerry 10.3, the next version of its smartphone operating system.

Other features of BlackBerry 10.3 are expected to include support for the Amazon Appstore for Android apps, support for endless folders in the home screen, updated icons, a quick settings menu that you can bring up with a two-finger swipe, and more.

10 replies on “BlackBerry Passport coming in September, with a square screen”