TCL unveiled the phone a few months ago, launching it initially in the Middle East. Now it’s coming to North America. The BlackBerry Motion will be available in the United States starting January 12th, with Best Buy set to sell the phone for $450. 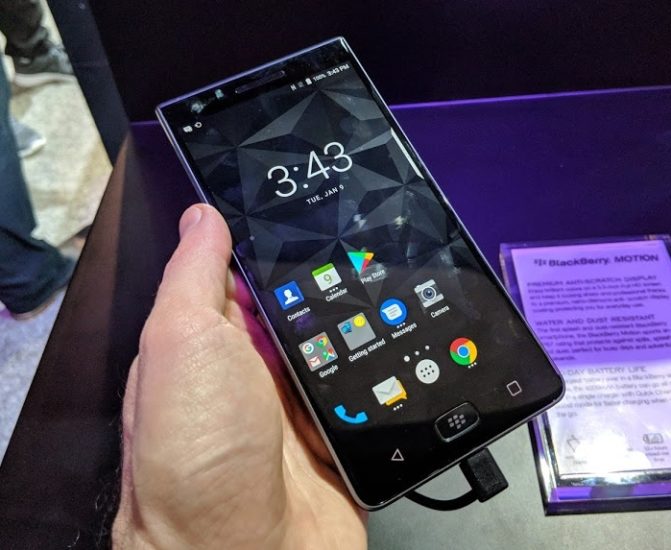 The phone is the first splash and dust-resistant BlackBerry smartphone, with an IP67 rating. It also has a 12MP rear camera, an 8MP front camera, a fingerprint sensor in the home button, and a USB Type-C port.

While this isn’t the first BlackBerry-branded phone with Android software and no physical keyboard, it is significant as a follow-up to last year’s BlackBerry KeyOne smartphone which has similar specs, but a smaller, square-shaped screen and a QWERTY keyboard below it. TCL seems to be hedging its bets by offering BlackBerry-branded phones with and without classic BlackBerry-style features.

Oh, and speaking of the KeyOne, a new BlackBerry KeyOne Bronze Edition phone with 4GB of RAM and 64GB of storage is coming in Q1, 2018.