The next BlackBerry-branded phone from TCL is expected to be a touchscreen model with no physical keyboard. It hit the FCC recently, giving us a rough idea of the phone’s outline. Now we know its name and what the rest of the phone looks like, thanks to Evan Blass.

The phone formerly known by its code-name “Krypton” will allegedly be called the BlackBerry Motion when it hits the streets. 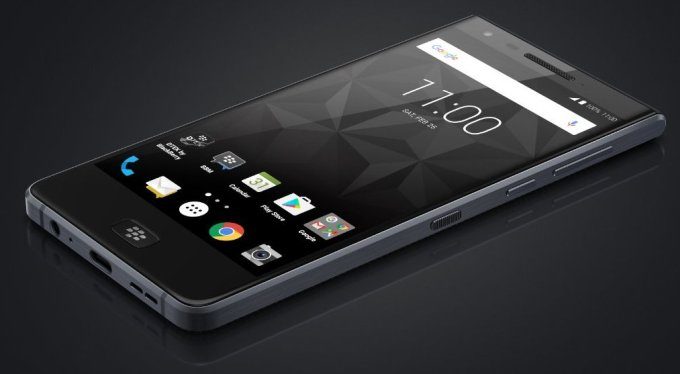 The phone looks like a pretty standard Android handset… by 2015 standards. It lacks the slim-bezel design associated with modern flagships. On the bright side, it looks like there’s a dedicated headphone jack on the bottom of the phone, as well as a USB Type-C port.

Below the screen is a BlackBerry logo that’s on top of what may be a home button, a fingerprint sensor, or both.

If that’s true, the phone will face plenty of competition in the mid-range space, and it doesn’t have an unusual feature like the BlackBerry KeyOne‘s hardware keyboard to help it stand out.

But this wouldn’t be the first touchscreen-only phone from TCL and BlackBerry to feature middle-of-the-road specs and Android+BlackBerry software. That’s pretty much the same formula behind last year’s BlackBerry DTEK50 and DTEK60 smartphones.

One reply on “BlackBerry Motion leaked, with no keyboard in sight”