BlackBerry Messenger officially launches for Android and iOS today, bringing the Canadian company’s popular instant messaging service to the masses (of folks who gave up actually using BlackBerry phones a while back).

BBM is available in the App Store and Google Play Store. 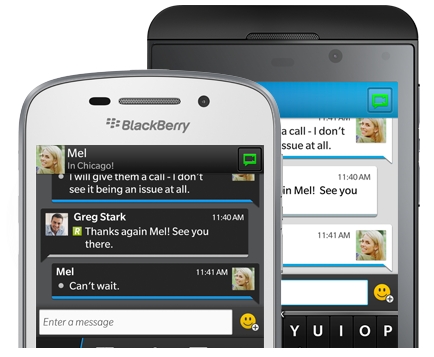 According to BlackBerry, about 6 million iOS users signed up for information about BBM for iPhone,  suggesting that while there are plenty of messaging apps for Android and iOS, there may still be a market for BBM.

The company actually planned to roll out the app last month, but put the launch on hold while dealing with issues related to leaked builds of the software that had hit the streets ahead of schedule. In fact, over a million people apparently installed that leaked build of BBM for Android.

Users won’t be able to use BBM as soon as they download the app — you’ll have to enter an email address and wait for BlackBerry to set up an account and email you to let you know that you’re good to go. Folks who already signed up at BBM.com shouldn’t have to wait.

Hopefully this staged rollout will keep the service from going down under an influx of new users.

While it seems there are plenty of people interested in checking out BBM for Android and iOS, whether they’ll stick around once they’ve kicked the tires remains to be seen. BBM originally offered an alternative to potentially expensive text-messaging plans, but these days users have plenty of alternatives including Google Hangouts, Apple Messages, WhatsApp and more.

If BBM does become a popular cross-platform app, it could signal the start of BlackBerry’s shift from a hardware company to software and services provider.