BlackBerry is launching its first smartphone with a 4.5 inch square screen. The BlackBerry Passport is a mobile phone that’s the size of a real passport — so while it’s wider than most phones, the company says it’ll easily slide into the pocket of a suit jacket or sport coat.

Speaking of business attire… the phone is designed with business users in mind. BlackBerry says the big screen, the unusual keyboard below the display, and other features are designed to make it easier to get work done on a phone.

The Passport sells for $599 without a contract, although you’ll probably be able to get one for a lower price (up front) when you sign up for a data plan from a US or Canadian wireless carrier. It should sell for around $250 on contract in the US. 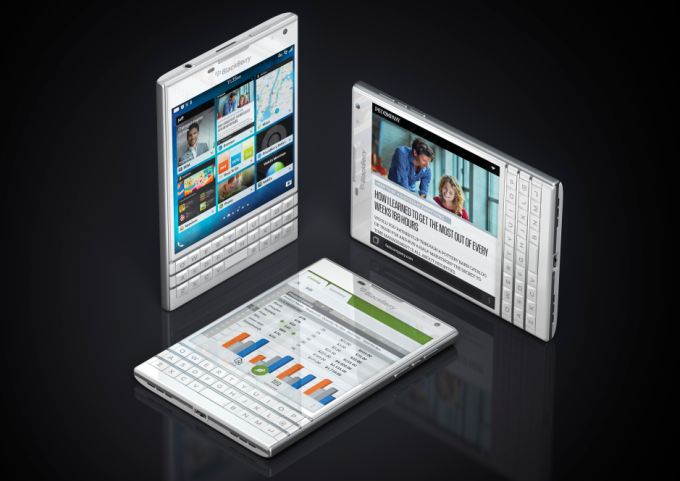 The BlackBerry Passport has a 4.5 inch, 1440 x 1440 pixel high resolution display. What really makes it special is that it’s a wider screen than you’ll find on high-end phones from Apple, Samsung, HTC, Motorola, or just about anyone else. 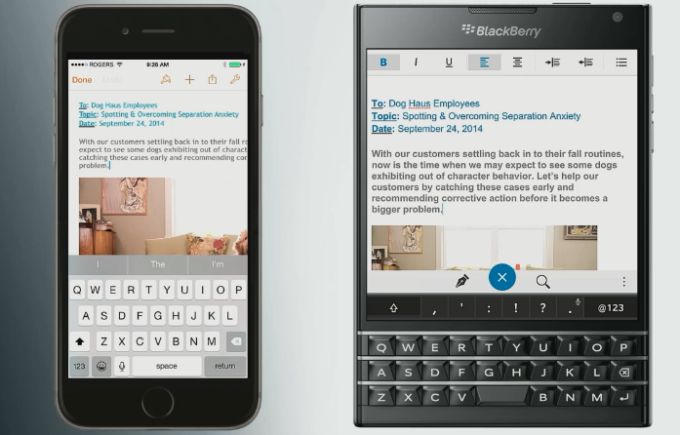 And since there’s a physical keyboard below the screen, there’s no on-screen keyboard covering part of the screen when you edit documents. 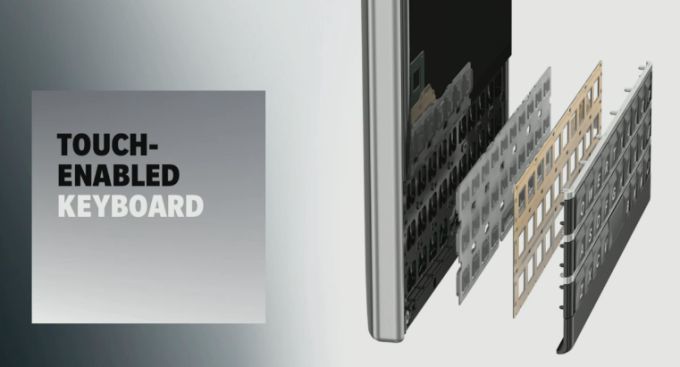 Speaking of that keyboard, it’s not just a bunch of mechanical buttons. The whole keyboard is also touch-sensitive, allowing you to slide your finger across the top of the keys to move an on-screen cursor, scroll, navigate through lists, or perform other actions without putting your finger on the screen.

The BlackBerry Passport will be the first phone to ship with BlackBerry OS 10.3 which includes new features including BlackBerry Assistant with support for voice-commands. 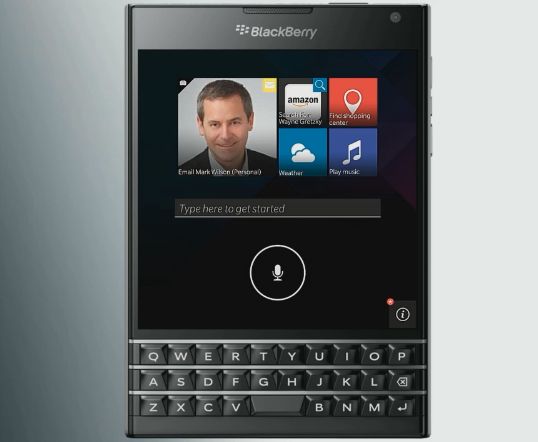 It’s the company’s answer to Google Voice actions and Apple’s Siri and it allows you to search, make appointments, reach contacts, and perform other actions without typing.

BlackBerry also added new audio features including a speakerphone mode that the company says is several times louder than phones from its competitors, and an adaptive speaker mode that automatically adjusts the volume of the earpiece depending on the conditions. If you’re in a loud environment, it’ll crank up the volume. It’ll also detect whether the phone is placed right against your ear or not and adjust the volume and tone of the call accordingly.

The company says you should be able to get up to 30 hours of mixed-user battery life thanks to the 3450mAh battery. There are also power-saving features including one that turns off the screen automatically if you place the phone face down on a table. 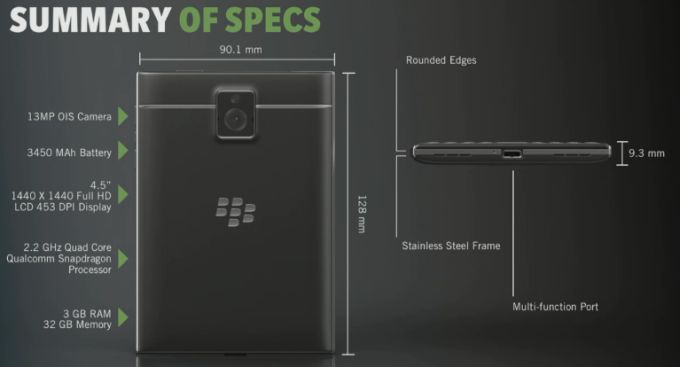 Other hardware features including a 2.2 GHz quad-core Qualcomm Snapdragon processor, 3GB of RAM, 32GB of storage, a microSD card slot, and a 13MP camera with optical image stabilization. The phone has a stainless steel frame and it measures 0.36 inches thick.

Worried that some of your favorite Android or iOS apps might not be available for BlackBerry? No problem. You can run (some) Android apps on the BlackBerry Passport. In addition to the BlackBerry World store, the phone comes with the Amazon Appstore for Android. Not every Android app will be available, but a large number will… you just need to know which app store to use when you want to find apps.

Don’t like the big, square BlackBerry Passport? The company has another phone with a QWERTY keyboard set to launch by the end of the year. It’s called the BlackBerry Classic, and it’ll feature a more traditional, classic BlackBerry keyboard and screen.

11 replies on “BlackBerry launches the Passport with big, square screen for getting work done”