The BlackBerry KeyOne is an Android smartphone with a classic BlackBerry-style keyboard… or rather, a modern take on that keyboard, since the touch-sensitive keys also function as a touchpad.

The phone goes on sale in the US starting Wednesday, May 31st. It’ll be available from Amazon and Best Buy for $550. 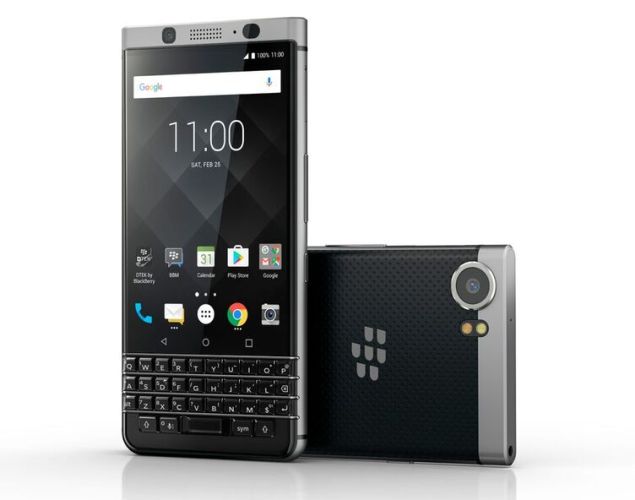 BlackBerry’s name is on the phone, but it’s actually manufactured by TCL, the company that’s made the last few BlackBerry phones. BlackBerry makes the Android-based software that runs on the phone, and has a licensing deal with TCL to build and sell BlackBerry-branded phones.

The standout feature is the physical keyboard, which provides tactile feedback while you type. There’s also a fingerprint sensor built into the space bar.

But the always-present keyboard means that the screen is a bit shorter than those on most phones, which could make this a less-than-perfect device for watching videos or playing some games. It’s basically a device for people who really want an Android phone with a physical keyboard.

Other special features include BlackBerry’s suite of Android apps including messenger, email, and security software.

TCL will offer two models: a GSM version of the phone with support for AT&T and T-Mobile, and a CDMA version for Verizon. Sprint customers will have to wait until this summer for a version that supports that network.

One reply on “BlackBerry KeyOne launches May 31st for $550”