When BlackBerry stopped making its own smartphones, the company partnered with Chinese electronics company TCL to build and distribute BlackBerry-branded phones around the world… with the exception of a few countries, such as India.

So when BlackBerry and TCL launched the KeyOne smartphone with a physical keyboard earlier this year, t wasn’t available in India.

But now the KeyOne is making its way to India… or rather, a KeyOne is launching in India, but it’s not quite the same as the one available in other countries. It has more memory and storage… and a different manufacturer. 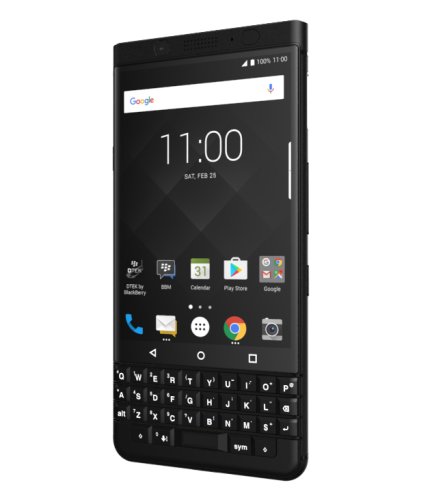 The Indian model is called the BlackBerry KeyOne Limited Edition Black, and it’s built and distributed by Optiemus.

At first glance, the phone looks virtually identical to the model TCL sells, which suggests that BlackBerry handled most of the design, with TCL acting as an ODM.

The Limited Edition Black version of the phone has the same 4.5 inch, 1620 x 1080 pixel IPS touchscreen display and touch-sensitive QWERTY keyboard, the same 12MP rear and 8MP front cameras, and the same fingerprint sensor hidden in the space bar.

But while the TCL version of the phone has 3GB of RAM and 32GB of storage, the version launching in India has 4GB of memory and 64GB of storage.

The BlackBerry KeyOne Limited Edition Black smartphone is priced at about $625 in India, where it should be available starting August 8th. Unfortunately it’s unlikely that this model will be sold in other countries anytime soon.

One reply on “BlackBerry KeyOne launches in India… with better specs, different manufacturer”