Just about a month after the BlackBerry KeyOne Black Edition was unveiled in India, TCL and BlackBerry have announced that the special edition smartphone is going global.

The KeyOne Black Edition will be available in North America, Europe, and the Middle East soon. In addition to the all-black chassis, the new model has more memory and storage than the original KeyOne smartphone, while using the same processor, display, keyboard, and other features. 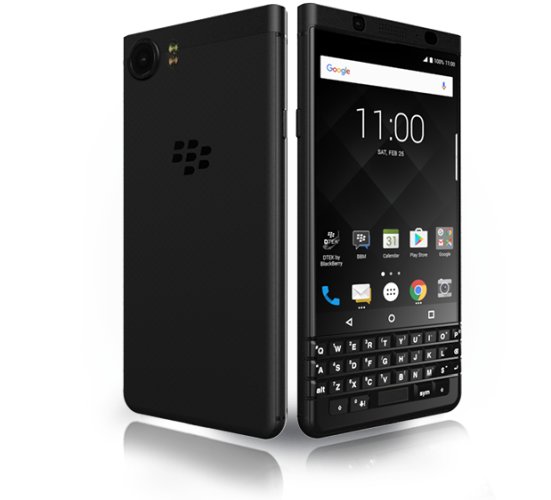 The BlackBerry KeyOne Black Edition features 4GB of RAM and 64GB of storage, up from the 3GB/32GB you get with the original phone.

It still has a 4.5 inch, 1620 x 1080 pixel display, a physical keyboard with touch-sensitive keys that you can swipe your finger across, a Qualcomm Snapdragon 625 processor, USB 3.1 TYpe-C port, and a microSD card slot capable of reading cards up to 2TB.

The phone has a 12MP rear camera and 8MP front camera and 3,505 mAh battery with Qualcomm Quick Charge 3.0 support.

It goes up for pre-order in Canada, France, Germany, Japan, Saudi Arabia, the UAE, and the UK in Q3, 2017. Later this year it’ll be available additional markets in Europe, Asia, and Latin America.

The RAM and storage upgrade probably isn’t enough of a spec bump to convince existing BlackBerry One users to upgrade. But it might tempt some holdouts to consider the phone… maybe.

One interesting facet is that the global version of the phone is manufactured and sold by TCL, while the Indian phone comes from Optiemus. But both versions of the phone seem to be identical, suggesting that the companies are licensing more than just the BlackBerry name and Android-based software for these phones.

via CrackBerry and Android Authority

2 replies on “BlackBerry KeyOne Black Edition gets a global launch”