BlackBerry has been pretty much out of the smartphone business for years, but 2022 is starting to look like the year when the company puts a few more nails in the coffin. After shutting down some key services used by BlackBerry OS phones earlier this month and announcing that some of its Android apps would also reach end of life this summer, the company has announced it’s selling off a bunch of legacy patents.

In a deal worth $600 million, BlackBerry says it’s selling “substantially all of its non-core patent assets” covering things like “mobile devices, messaging, and wireless networking.” 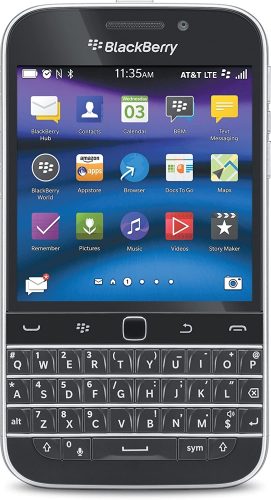 The buyer is a special purpose vehicle called Catapult IP that was formed specifically for the purpose of acquiring BlackBerry’s assets.

It’s unclear what, if anything, Catapult will do with those patents – the company could try to make money by licensing the technologies covered by the patents to others trying to build mobile devices, apps and services… or play the part of a patent troll and try to sue companies that are already using technologies which may be said to infringe on those patents. Or maybe Catapult will just try to sell off the patents to another company looking to shore up its own protection against lawsuits.

Update: As Ars Technica points out, the terms of the deal mean that Catapult is paying Blackberry $450 million up front, with a promise to deliver $150 million more within three years. The funding for the $450 million comes from a loan… which means that Catapult is a company with a lot of debt that doesn’t make anything. All it has are patents, so it’ll need to do something to start making money soon, and the quickest way to do that is likely to start suing companies that it thinks it can prove are infringing on its intellectual property.

More interesting than the fact that BlackBerry is selling off its legacy patents though, is the way that the company describes patents related to mobile devices as “non-core” to company’s business. While the company was one of the first big players in the smartphone space, these days BlackBerry is primarily a software and security company.

That said, at least one company has announced plans to license the BlackBerry name for a new phone set to launch sometime this year. But OnwardMobility hasn’t provided much in the way of details about that phone, aside from the fact that it will have a physical keyboard.