BlackBerry has launched its first smartphone with a 5 inch display, and it also has a rather zippy processor and larger processor to with the large touchscreen. The BlackBerry Z30 features a 5 inch, 1280 x 720 pixel display, a 1.7 GHz Qualcomm Snapdragon S4 Pro processor, Adreno 320 graphics, 2GB of RAM, and a 2880mAh battery.

The BlackBerry Z30 is set to launch in the UK and the Middle East next week, and it’s coming to additional markets in time for the holiday season. 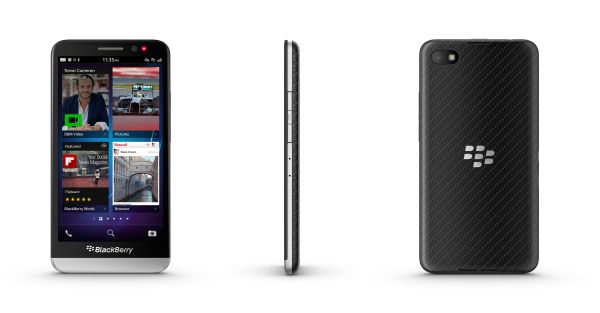 BlackBerry’s new handset is also the first to ship with BB OS 10.2, an update that’ll be available for other recent BlackBerry phones starting in mid-October. Among other things, the update brings:

As for the Z30 itself, BlackBerry says it has the biggest battery ever offered with a BlackBerry smartphone, offering up to 25 hours of “mixed use.” It has stereo speakers, 16GB of stroage, an 8MP rear camera, a 720p front-facing camera, WiFi, Bluetooth, NFC, and support for 4G LTE.

All told, it sounds like a pretty great handset… for folks who want a BlackBerry phone with a bigger screen.