When BlackBerry launched the DTEK50 smartphone, it didn’t take long for people to figure out that it was basically an Acatel Idol 4 smartphone running BlackBerry software. And the upcoming (and unannounced) DTEK60 seems to be a higher-end model based on the Alcatel Idol 4S.

So maybe it’s not surprising that BlackBerry has declared it’s pretty much done developing its own hardware. In the company’s latest earnings report, BlackBerry says the plan is to focus on software instead.

But as the DTEK50 and DTEK60 show, that doesn’t mean BlackBerry is done selling smartphones. 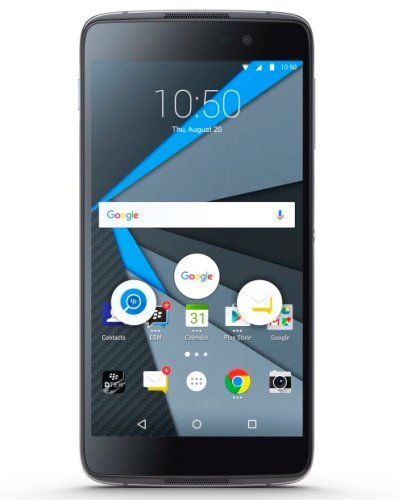 Working with third-party hardware makers helps the company scale back the costs associated with research, development, and manufacturing its own phones. But in 2016, you could easily make a case that it’s not hardware that sets one phone apart from the next — it’s software, which can affect everything from security to performance.

BlackBerry has a long history of producing enterprise-friendly applications for communications, in-device searching, and security. And while BlackBerry has largely shifted its focus from its own BlackBerry OS to Android, many of the best features of BlackBerry OS including BlackBerry Messenger, Hub, and Calendar software is now available for Android phones.

What’s a bit less clear is whether the BlackBerry Priv will ever have a proper successor: it was the first major Android phone in years to feature a physical keyboard. If BlackBerry is done producing its own hardware, what are the chances the company will be able to find a hardware partner willing to make a device with such an unusual (by 2016 standards) design?

Update: CEO John Chen says there will be a new model with a keyboard “within the next couple of years.”