After leaking in September and going up for pre-order at some stores earlier this month, BlackBerry’s most powerful Android phone to date is now available for purchase.

You can buy the Blackberry DTEK60 from the BlackBerry Shop for $499. 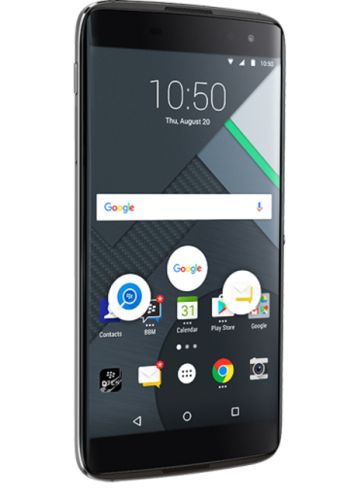 There are stereo speakers, a fingerprint sensor, NFC support, 802.11ac WiFi, and Bluetooth 4.2. And the phone has a 3,000 mAh battery with Qualcomm Quick Charge 3.0 support. The phone also has a microSD card slot with support for cards up to 2TB.

BlackBerry is selling the phone directly to consumers, but it should work with AT&T or T-Mobile’s GSM networks in the United States.

Like the cheaper BlackBerry DTEK50, this phone wasn’t actually built by BlackBerry. Instead, it was manufactured by TCL and seems to be a variation on an existing design. But BlackBerry is making the transition from a company that focuses on hardware and software to one that’s primarily invested in developing a software ecosystem… so the key selling points for the DTEK60 include its support for BlackBerry apps including the company’s unified inbox, messenger, calendar, and keyboard apps, among other things.

There’s also a “customizable BlackBerry convenience key” which lets you launch your favorite apps with a button press.