Die-hard BlackBerry fans who have been underwhelmed by the company’s past few phones with big, touchscreen displays can now pre-order a device that looks a lot more like a classic BlackBerry.

BlackBerry is taking pre-orders for $449, and expects the phone to ship in mid-December. 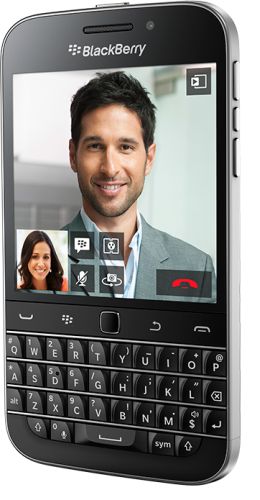 What really makes this phone special though, is the keyboard below the screen. It’s a classic BlackBerry-style thumb keyboard with navigation buttons and a trackpad.

The phone does have a touchscreen, but you never have to use it.

In other words, it’s not a phone designed to win over iPhone or Samsung Galaxy users. It’s a phone for folks who loved their old-school BlackBerry phones and want a modern version with a decent display and processor that runs BlackBerry OS 10.3 software.